Why You Must Sign Up For The 1Malaysia Email

Since the announcement by the government to us Malaysians a common email account under the 1 Malaysia propaganda initiative, many Malaysians have taken on to protest against the initiative citing numerous concerns and cons regarding the email service. There's even one Facebook group (http://www.facebook.com/SayNoTo1MsiaEmail) with over 13 thousand supporters to protest against this move by the government.
But hey, not every project by the government is perfect right? There's bound to be at least some disadvantages here and there. And from how I see it, this 1Malaysia email project has actually loads of benefits and plus points if we choose to embrace it.
I have chosen to list out the top 10 reasons of why you should apply for a 1Malaysia Email acc today! 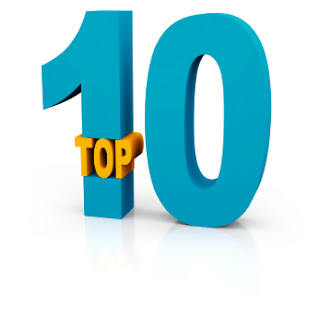 1. You are saving the future of a company and loads of jobs with it. The company in charge of this project, Tricubes Bhd, was at risk at being de-listed from the Bursa Malaysis stock market for not being able to keep in finances in order and to meet the obligations set by Bursa Securities (source here). If it had not been for the RM50 million dumped into it by the Malaysian government to create email accounts for all of us, many in the company would have lost their jobs, particularly the friends and relatives of our dear PM.
So by signing up as a 1Malaysia email user, you are actually doing the correct thing in helping to save the rice bowl of many important people out there. If not, many workers of Tricubes Bhd would not have been able to go Bali as planned this December.
*
2. 1Malaysia email will keep your computer spyware and virus free by only giving you the spyware that you're supposed to have, from Malaysia itself. The government knows that by signing up for free email accounts like Hotmail and Gmail, there is a lot of potential of receiving unknown viruses and spywares across the web.
So as an effort to better protect citizens, the email will block off all emails from outside of Malaysia and only allow emails from Malaysia itself to be sent to your email, of course, with our 1Malaysia spyware too. And it's for a good reason too!
1Malaysia spyware will be able to detect any discontent faster and ISA you before you have the chance to post anything to Facebook.
*
3. An easier and faster way to keep yourself updated with the daily Malaysian "news". The government knows that you do not read official newspapers anymore like Utusan Malaysia and would prefer other sources of news that are "untrustworthy" and do not reflect the "general" view of the ruling party like Malaysian Insider.
In an effort to make citizens read more of what the government has to say, you'll have a daily e-copy of Utusan Malaysia delivered right to your mailbox every morning. And you can't mark those emails as spams because they come from the government.
News article already planned for delivery includes, "Why BN is the best choice for Malaysia" and "If you're a Malaysian, you'll use 1Malaysia email because we're all 1 Malaysia".
*
4. As an alternative source of income. With the recent dip of profits in other sectors, it is time for the government to find alternative source of income. By making the email mandatory, they can force citizens to pay money later after everyone has grown accustomed to the email. Or better still, they can cut off all email providers and only give you this choice. Pay or you don't get an email account...
Okay, maybe this is not a benefit to us citizens but still...
*
5. Look trendy and "in". In Malaysia, one of the most important thing is to follow the crowd and keep in the trend. If everyone drives a Proton, so should you. If everyone votes for BN, so should you. And if everyone uses 1Malaysia email, you should too! Or else you would be sent to a correction camp like the 66 "sissies" for failing to behave appropriately.
*
6. To keep your mind off more important but depressing issues. With RM50 million worth of features in the email, you will bound to spend some time mastering the entire features of the email account alone. Not only that with added social networking and other mumbo jumbo to the 1Malaysia email account, you'll be so busy trying to learn how to use the new 1Malaysia account that you don't have time to bother about the corruption and the spiraling crime rates.
And like they say, ignorance is a bliss. When you're too busy with 1Malaysia account, crime rates and corruption would cease to exist! At least momentarily. Then the government will start another RM50 million initiative to keep you busy again.
*
7. A chance to meet new people and perhaps your soul mate. With all Malaysians having the same email account, finding someone suitable has never been easier. There's no need to go through layer and layer of friends or stalk her through Facebook anymore as you can directly search for the girl of your choice with the support of the Malaysian government.
Of course, JAKIM will be monitoring you however for any indecent activities. And if you're a politician, you'll be supplied with CCTVs too.
*
8. Your name might be in the Guinness Book of Records! You might not know this but there has been no country in the world before that has an entire email network especially for its citizens and Malaysia happened to be the first. In fact, if the response has been favorable, the PM would have submitted an application straight away tomorrow as an added surprise.
Too bad it didn't. But who knows, maybe we can still qualify as the first ever failed one country email initiative.
*
9. Work productivity would go up. With Gmail, you get fast access speed to your email and loads of storage space thus leading to a higher tendency to abuse your email account and to be caught up in it. With 1Malaysia email. we're gonna give you such a slow speed and tiny space that by the end of the day, you'll be so disillusioned with the 1Malaysia email thing that you think that working is actually a lot more fun than getting your email to work.
*
10. It's 1 Malaysia after all! And anything to do 1 Malaysia is good right? That's why we have 1 Malaysia burger, 1 Malaysia shirt and everything 1 Malaysia now. So who cares if there's Gmail or Yahoo Mail? 1 Malaysia trumps them all!

With so many awesome reasons, what are you still waiting for? Join 1Malaysia email today and be part of yet another Malaysian project that would put us on the world map! As a laughing stock that is, but still, we're being noticed!
Labels: Malaysia Politics Rantings