We Need A Spy!

When I first stepped in to the National University of Singapore or NUS in short, little did I know what this university has in store for me. I have always thought that university life would be rather easy and dull after going through all the O-Levels, A-Levels, this level, that level in secondary school. It's what my teachers, aunties and uncles have been telling me all along after all but suffice to say, you'll never understand the life on campus until you go and live it yourself. 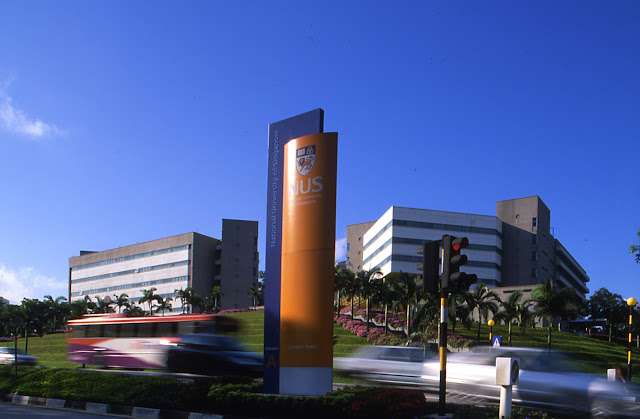 For starters, before coming to NUS, I have always associated the word NUS with a certain degree of honor and awe every time I talk about it. NUS is one of the top universities in Asia, after all, so you can't blame me for feeling proud to be called an NUS undergraduate after all these years of hard work.

Even after two years here, there are still a lot of stuff that I don't know about NUS, partly because the university is so big itself and partly because I spend most of my time locked up in my dear Eusoff Hall rather than joining more university level activities.

Wouldn't it be fun to have an insider news to everything that is happening in NUS?

That way, I can know when the Milo truck come and be prepared with all my water bottles instead of camping everyday in the central forum waiting for it to arrive. 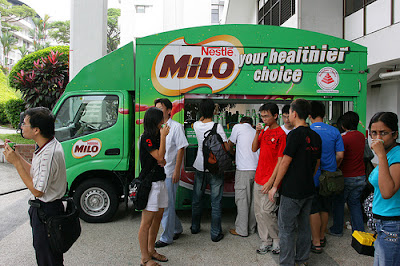 I could also keep up to date too with all the latest and happening gossips going around campus, like the time when Spiderman visited the central library during exam period.

Or like the time when a guy decided to enlist his professor's help to confess his love to the girl he likes during a lecture.


Even better, I could also know if Darth Vader decides to drop by NUS too. That way, I could get all my lightsabers ready or have him say "I'm your father" to me 1000 times since everyone does that to me whenever they know my name is Luke. Sorry, nerd joke.

Heck, they even posted the best places in NUS to have sex today at http://www.funkygrad.com/campus/displayarticle.php?artID=603&subcat=rave

Never knew NUS could be such fun right?

Of course, there are tons more of exciting stuff happening everyday in NUS that only an insider would know. Funny and awesome stuff that we don't get to see everyday.
The only thing lacking now is the someone who is able to keep up to date with all the happenings in school and report it at the same time. Someone who has the knack of finding juicy stories to share. Someone with a keen eye with good journalistic skills.

An insider. Or even better, a spy. A campus spy. One like James Bond. Or Johnny English 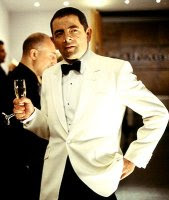 And this is where I come in.

You see, Youth.SG is currently running campaign called the Ultimate Campus Spy Network and is looking for talented writers/bloggers from JC, ITE, Poly and also University to be the insider reporting about life in their school in general.

Called the campus spies, these writers/bloggers are required to write about their school life in general and to give a glimpse of how campus life is. It's like writing a diary about how your day went basically but with the school as the focus.

I must say it's a great opportunity for any budding writers/bloggers. Not only do you have one extra great entry to add in your resume, you'll also get to meet other campus spies from all over Singapore and forge new friendships along the way. And to top it all off, Youth.SG is throwing lots of goodies in too for the campus spies.

A chance to expand your portfolio, meet new people and win fabulous prizes? Where can you find better opportunities like this?

Too bad there's only one campus spy per school though or I would have joined the competition too. But then again, for a guy who still can get lost in the school even after two years of studying there, well, he's basically not a good spy so I'm giving the chance to younger people. Ahem.

If you're interested, you love blogging and you love your school, you can check out the website at http://app.youth.sg/Home/School.aspx for more details.

But I'm not complaining. Because although I don't have the qualifications to be a campus spy, I do a little know how to be a handsome blogger, I mean a blogger mentor. At least that's what Youth.SG thinks. Which means that for the entire duration of Ultimate Campus Spy Network Campaign, I will sort of like a mentor teaching various stuff about blogging and social media to the campus spies from all around Singapore. Kinda like the head of the CIA or M in James Bond. Cool right? 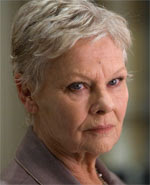 Better still, on this Sunday, April 17th 2011, this CIA-blogger-handsome-mentor would be at Scape giving a talk about how to be the ultimate spy. Cool x2 right?
"Recruits, to be the ultimate spy, first you need is to be handsome. Not like Pierce Brosnan or Daniel Craig, but like Lukey. Which is me. Blogging at LUKEYisHandsome.com. *Winks*"
I still like to be called a spy rather than a blogger mentor though but that's another story.

P/s: Sorry about the jumbled up grammar and English if there is any. I'm writing this blog post with a brain that hasn't have enough sleep for 2 days. Which is another reason why I can't be the ultimate campus spy for NUS. Sad
Labels: Advertisements Blogging NUS Rantings