After two continuous back to back nights camping in front of the computer having fun with Adobe Premiere Pro and listening to rally speeches over and over and over again, I am proud to say that I have successfully edited eight videos at one go. A personal new record.
Believe or not, all the above videos were edited by none other than this handsome blogger here himself. Eight videos at one go. And that's including the 1 hour plus upload time for each video to Facebook. Quite the tanker eh?
(There are only 7 videos up there btw because the 8th is still uploading to Facebook)
In case you're wondering, all the above videos are excerpts from the recent election rally for the JCRC (Junior Common Room Committee) of Eusoff Hall. The JCRC basically functions as a studentry or student council for the various hostels that you will find in NUS and since we pride ourselves for practicing democracy, the members of the JCRC must be voted in by the residents and thus the purpose of the rally. Where candidates running for any position come together to give a speech as of why they should be voted it. 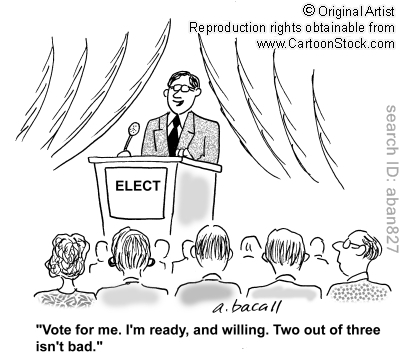 After listening numerous times to the speeches by different people, I couldn't help but wonder what would I say in front of the people if I were to run for any positions. Would I able to make a convincing speech that would make people feel inspired? Or would my speech be one of the boring speeches where people would just pretend that they are listening?
Prior to editing the videos, the thought of running for the JCRC did cross my mind several times. I'm the guy who usually over-dreams, meaning I dream too big for myself to handle after all. I thought that how great it would be if I were to take up a position and change the hall for the better.
But eventually, I did not pay much attention to those thoughts. I have heard numerous horror stories about the sheer responsibility that you have on your shoulders once you stepped up from my friends before. There's meeting every night and you have to be literally on call for 24/7.
Besides, my time as a video director, the only serious leadership position I had since coming to NUS had also thought me that being a leader is definitely not an easy issue, especially if you're a carefree, happy-go-lucky and introverted guy like me. Being a leader requires vision, loads of planning ahead and loads of rising up to the challenge situations. Definitely not easy for me.
Not to mention that I have to be friendly to loads of people which I find it hard to do. Never been good at socializing, I must say.
Furthermore, most of my friends who are more absolutely more capable than me decided too not to run because of they too are afraid of the overwhelming commitments. And if people who are more capable than me choose not to run for the position, what makes me think I can handle it?
So in the end I chickened out. I guess I was too comfortable in my comfort zone to try out something different. I was afraid. Afraid that people would reject me and afraid that I will not be able to live up to my duties and end up screwing up everything.
Yes, I know, my self esteem needs some repairs done.
But looking at the videos got me into some thinking yesterday. My brain was actually thinking of the possible things that I want to do and change should I step up. And I'd actually managed to come up with some completely crazy and new ideas in my half asleep state that I managed to jot on a paper.
I even thought of how would I approach people to find out how the ground was like, how would I prepare my speech, who would be my proposer and even if I'm gonna wear leather shoes down.
But alas, it was just a crazy idea. Equivalent to those that you would get after downing a bucket of alcohol. And it came a little too late too since nominations are closed and rallies have ended.
But who knows? Perhaps I will be able to test out the new ideas of mine if I still happen to be staying in Eusoff Hall and still am crazy enough to finally decide to do something different.
Labels: Eusoff Hall Random Rantings Videos