The Day of Random Piercings, Movies, Stingray and 200 Dollars Cigarettes

Warning: This is a post culminating events that happened this whole day from the moment I woke up until now, more than 12 hours in total so it might get a bit long. You might wanna click X now if you dislike long wordy posts. Just saying

When I woke up this morning around 10.42 am, I had half a mind to just cancel my initial plans of having a one day trip to JB with my fellow programmers and just hide in my room and game the whole day. I was lazy, tired and for some reason, do not like socializing as I used to. Perhaps my fear of rejection has gotten the better of me since a very bad incident that happened one or two months ago with a girl. Yeap, it's always the girl.

However, due to my promise to a friend that I would accompany her to JB the night before, and not wanting her and my programmes boss to kill me, I reluctantly showered, changed, made City Square as my destination for the day and hoped for the best. After all, I am gonna be without computer for the whole day which normally would drive me crazy because I'm such a social media addict and I can die if I don't do my guild quests for the day.

Fortunately, the day did not turn out to be as bad as I imagined (I half expected myself to collapse and the floor and foam due to my withdrawal from computer syndrome).

For starters, I ate Baskin Robbins for lunch. My favorite brand of ice cream since when I was young. And it was heaven. Their "Kookies and Chips" and "Blueberry Yoghurt" is just legendary. I swear I could have eaten the whole tub of it if I had the money. The way Baskin Robbins' ice-cream excites your taste buds, that's one feeling that I would die for. I even told my boss, her name's Nisha btw, that I am willing to cross over to JB from Singapore just for the Baskin Robbins ice cream. Yeap, that's the amount of love I have for their ice cream and yes, I'm a guy with a sweet tooth. I would die for chocolates, ice-creams and anything sweet.

And after the insane ice-cream treat, 3 of us, me, Nisha and Karan (a fellow programmer) went to do what every outing should consist of. Daytona Car Racing. And the loser must treat us all popcorn for movie.

We raced for three rounds to determine the loser and we even had a point system for that purpose. The winner came in at 7 points followed by the runner up at 6 points and the guy who is treating at 5 points. All I'm gonna say is that I wasn't the one treating and I had to say sorry a few times because I knocked someone's car into the wall for 2 rounds and that was the reason he needed to treat.

But still, I'm happy. One, for the free popcorn and two, I managed to knock a car to the wall and made it flip in Daytona after all these years :)

Next up, we watched Transformers: Dark Side of the Moon after much begging from my side because Nisha was dying to watch Harry Potter.

Overall, I would say it was a pretty great movie. The effects were there, the twists were there, Autobots still kicked ass and the girl wasn't as bad as I thought she would be though I felt that the story was a bit rushed and hanging. It did not give as much as suspense and thrill to me as the first movie did, despite how they try to fit it in into one big conspiracy thing.

But still, the movie is still worth watching for the effects and fight scenes. Also, it's probably of one of the few epic alien movies that humans actually stand a fighting chance rather than being squished while waiting for the savior to come, which I liked. But I will be reviewing Transformers in a later blog post if I feel up to it and if you want it. I'll definitely do it if someone leaves a comment requesting for it.

And in case you're wondering, the new "Megan Fox", Rosie Huntington is hot too!

And after Transformers 3, the 4 of us, me, Nisha, Karan and Joy took a cab to another mall called the KSL and then walked to a dunno-what plaza to help hunt for a salon that can help Joy do her hair extensions. Well, we sort of failed because of the insanely high price that the salon charged.
And after a whole day of walking and me eating only ice-cream for lunch, naturally the stomach will feel hungry. We then took a cab from the dunno-what plaza to a hawker stall and we ate good food there. CHEAP good food. And man, that was the highlight of the day.

Stingray, wat tan hor, lala, satay, fried chicken wing, fried kangkung, egg oyster omelette and hokkien mee was the food that we ordered and boy, was my mouth happy today. It's been so long since I tried out food as tasty as this. Really, the next time you think you're getting sick of your local food, just go overseas and study.

I almost cried when eating today from the awesome food. Like they say, when in Malaysia, you should really try out the hawker food. Sinful but deliciously awesome. I think I should just visit Malaysia now and then for the hawker food. I just miss it so much.

The day did not stop there however (told ya it's a long post) as we went back to City Square to see whether we can catch a Harry Potter movie (told ya Nisha was dying to watch it) which suddenly turned into a random ear piercing event as there was no tickets available. Two of us got a new ear piercing and nope, I was not one of them. Don't want a nuclear explosion at my house anytime soon.

Then, we headed back to Singapore when the second highlight of the day happened at the Singapore customs. Due to privacy concerns, I shall just say that one of us bought a 200 SGD pack of cigarettes for the day and let me just add that Singapore customs can sometimes be a little tad to strict as compared to their Malaysian counterpart. Yeap, a 200 SGD pack of cigarettes. Thanks to the wonderful ICA officers and the Woodlands checkpoint (another reason for me not to smoke).

But, the day has still not ended (told ya again this is gonna be a VERY long post).

At precisely 10+ pm, we drove the half dying hall van to Vivo City to catch Harry Potter (told ya Nisha's not gonna let her movie go). An 11.25 pm show. 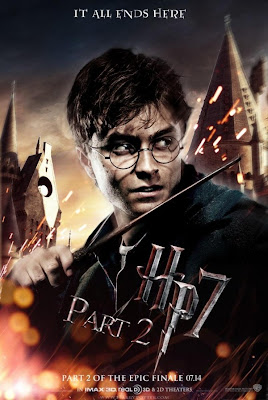 Well, like all Harry Potter movies (with the exception to the first), it still did not manage to wow me. Simply because it did not meet what I imagine it to be when I was reading the book. I just guess movie adaptions just don't quite suit us book fans. But at least I got an owl:

Tomorrow's gonna be another long day again, where I will watch Harry Potter for the second time (seriously, why do people love Harry Potter movies exactly?) just to accompany friends. Ugh. I'll be probably sleeping through the entire movie because I've seen everything and there's nothing much worth re-seeing anyway. Quite an expensive sleep if you would ask me.

It's a good thing that Harry Potter movies are finally ending, if you ask me.

Oh well, time for me to sleep and get a heard start tomorrow and hopefully tomorrow will be like today where it's not as bad as I imagine it to be.
Labels: Eusoff Hall Happenings Life Updates Rantings