I've been running around Singapore quite a lot lately. Not literally using the feet to run, but rather in taxis and buses and MRTs. Well basically I have my current work to thank for that, which is being a part time videographer covering the 3rd ASEAN School Games that is happening from the 1st to 7th July, 2011. 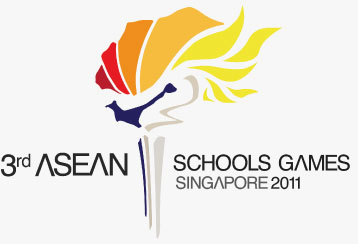 The job might not be everyone's cup of tea though. It basically involves you lugging loads of heavy equipments like cameras and tripod with you to various locations of competitions around Singapore. In just five days, I've been to NTU, NYP, Yio Chu Kang, Woodlands and Boon Keng as part of my job scope. I've also taken so much taxi that I probably know half of Singapore's taxi drivers by now. I might have also grown a few muscles out of carrying the two heavy bags for camera and tripod. Not to mention that for some sports, you have to be constantly under the sun, literally being cooked alive. 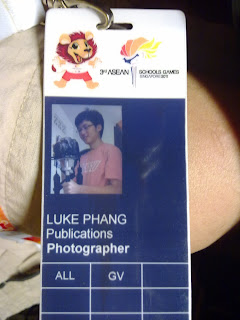 But I'm not complaining. I prefer this job much more than just sitting in the office staring at the computer for the whole day though for a few reasons.
Firstly, I hate dressing formal. Ugh. Tie, button up shirt, slacks and leather shoes? That's just not my thing. It makes me feel uncomfortable, restricts my movements and well, I just don't like wearing it. Besides, I'm the type of person who prefers comfort over looks when it comes to clothing and part of this job lets me wear what I like to work, as long as I have the nametag with me and for the past few days, I've been wearing T-shirt and shorts. Nice right?
Secondly, this job allows me to go lots of different places. Like I said just now, only five days in the job and I've been to so many different places already. Perfect for someone who hates to be trapped in a same place. Also, going to different places also mean meeting new people, new experience and stuff like that. So there's no boring repetitive work involved. 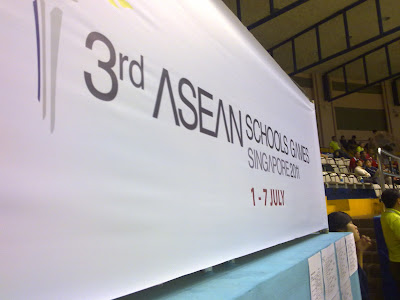 Thirdly, the pay is good. Real good. The money that I am getting for my five day work stint is already more than what my friend make in one month for his internship. Nuff' said about that.
And lastly, and perhaps the most important point besides the comfortable clothing, non-repetitive work and good pay is that I love the work I'm doing. I have always loved taking videos. It's fun and I would not get bored of my work. Which is quite important if you want to keep doing a job day in day out without feeling sick of it I think. Because once you get sick of your job, life becomes a torture and you'll lose all the initiative and passion you have for it. And without knowing it, you might even change to become a robot with  fixed schedule everyday.
Besides, video coverage also gives me the opportunity to see loads of different things. Today for example, I was able to witness two exciting badminton matches during my coverage. I say it's exciting because the two matches involves the Malaysian team, my dear ol' country's team and I must say, being there watching the match live is way different than watching it from a television screen. 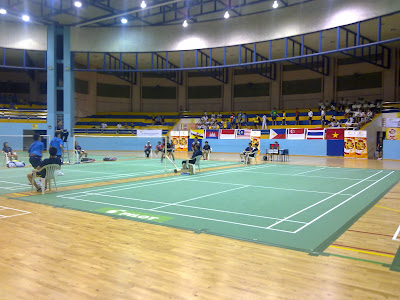 Firstly, your heart stops more often when you're watching it live. You can feel the tense atmosphere in the courts as you follow the constant moves of the players who are playing. It's as if you're playing the match yourself. When your team scores, you jump in excitement. When the opposing team scores, you share the nervousness with other supporters. And the skills displayed by the players will just make your jaw drop. Seeing how they play, you can imagine the stress and pressure that surrounds them in that match alone. Fuh, really a totally different experience.
And for the first time too, I got to witness the Malaysia team winning not one, but two matches live. Hearing your national anthem being played and your national flag raised up, that's one of the proudest moments ever. And seeing the rest of the Malaysian supporters cheer in joy, no matter race or religion, well, it just melts my heart. I must say, sports really can erase the borders and boundaries that separate us and become a force of unison.
I think I can now include videography in my future job list already.
Labels: Life Updates Rantings Work