I've been watching a lot of drama lately. Youtube dramas to be exact. Which is quite surprising because I normally prefer gaming over dramas. You see, I rather be in the action, be the main character of the story rather than watching other people do it. Besides, some dramas can just get so dramatic and outright ridiculous sometimes. I mean, how often do you find out that your girlfriend turns out to be your long lost sister anyway? Which is the reason why I probably only watch shows like The Big Bang Theory or How I Met Your Mother under extreme circumstances, like when my hands are busy scooping food or when there's server maintenance. I rarely, rarely watch drama series.
But when Joshua showed me to an online Youtube series called The Guild, I totally fell in love with it. With the idea behind the story, the plot and the main actress herself. In a nutshell, it's basically a story about online gaming and the life of a group of people who's life revolves around the game. They happen to be in the same guild and are addicts to the game though, just like me when I start playing any MMORPGs. And in another nutshell, you should really watch this comedy series if you're an online gamer freak. You can totally relate to it. 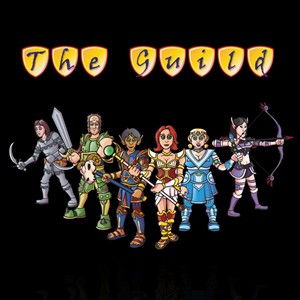 The show is apparently so successful that they have 5 seasons running already with over millions of viewers and fans. It's perhaps one of the best web series ever made. Just Google them and see the extent of their success. 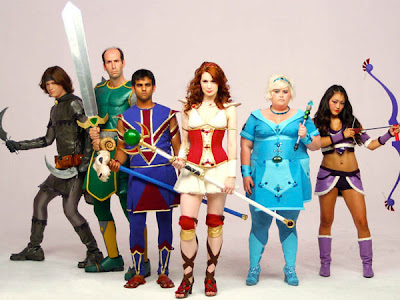 It's a shame that their average episodes only last not more than 10 minutes on average and not more than 15 episodes per season. In just less than a week, I've watched til Season 5 already. But I guess it cannot be avoided though since their crew is not the professional TV crew and their entire series is homemade. Meaning no sponsors nor professional help. Not big TV screening unlike shows like The Big Bang Theory or How I Met Your Mother. But I still think the show is awesome.
If you happen to be a fan of MMORPGs and know what's the difference between PVP and PVE, you should really watch this show. Really. Here, I've even included the first episode in this blog.
Labels: Funny Gaming Videos