I can't sleep. And it's almost 6 am in the morning. No thanks to the Red Bull that I drank a few hours ago during our rag dancers chill out session. And I thought I used to be able to sleep even after a few can of Red Bulls last time. Oh well, at least all this energy allows me to blog for today. So I guess you can call this post a red-bull-charged-cannot-sleep-random-post. 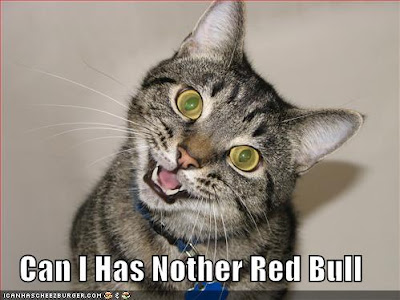 A lot has happened since Eusoff Hall orientation ended almost a week ago and I officially gave up my title as the EHOC Programmes head.
For one, I have sold my healer account in the online game, Forsaken World, that I played for the last one to two months for 130 bucks. Guess the programmes head wasn't the only title that I resigned from. To be honest, I felt a bit heavy hearted when I had to part ways to my avatar that has came to symbolize me for so long. It's hard to blame me though, because after so many hours and energy you have spent leveling up your character, it's only natural that you will grow attached to it. And there's also the friendships that you've formed in game that you need to say goodbye too. And goodbyes are never easy. Especially after so many hours of talking cock, battling monsters and fighting enemies together. Which is why I'm starting another new online game soon called Dragon Nest. Maybe I'll meet some friends there again.
Or maybe not, since school's starting but hey, I need some avenues to de-stress right?
Also, I've been busy with dancing for Eusoff Hall's rag too, which will be happening this year at some very grand place in conjunction with NDP. Yes people, not only Lukey can blog, he can dance too and this year, he's dancing for Eusoff Hall in Singapore's National Day Parade, which never fails to amuse me every time I think about it.
You see, once upon a time ago when I first entered Eusoff Hall, I was really passionate about dancing and I thought I could dance pretty well given that I have danced so many times during my time in my church before. And so, I happily tried out for Eusoff Hall's dance team thinking that my past experience would at least help me to get past the auditions. I failed.
Never mind, I thought. Perhaps the standard is just set too high for me like what my friends said. Besides, Eusoff Dance is not the only dance activity that one can join in Eusoff. There's this Dance Production thingy that my seniors said is easier to join and has a much lower requirement than Eusoff Dance considering that they need more dancers so I went to try for the auditions too. I failed.
Failing one audition may be due to others' fault, like maybe the requirement is too high or you might be not on form that day but failing two auditions just mean that you suck. It's hard to admit it but yeah, I may not have been a good dancer as I have thought in the first place. But that did not stop my love for performing though. I vowed that in my years in Eusoff, I must at least experience the joy of dancing at least once or I will not die happy. When rag 2010/11 needed rag dancers, I immediately signed up without even thinking twice.
And I guess the never-say-die attitude worked in a sense. Though I'm still not the greatest dancer around (I need to put in twice the effort as compared to more talented dancers, which is hard considering that I'm such a lazy bum), I've performed during the Youth Olympics, Eusoff Dance Production 2010, Singapore Chingay 2010 and now the Singapore NDP as a dancer. Which is quite a feat for someone who have wooden legs as me. I guess that as long as you have the will, you can accomplish anything.
So yeah, I guess I've come a long way in terms of dancing in Eusoff Hall. And I'm very grateful for everyone that gave me the chance to do this, namely Saw Wei Jie, How Jie Lin and Nicole Tay. I'm sure it wasn't easy deciding to include me as a dancer. Thanks to their trust in me, I had some of the best experience in my life dancing and this year, thanks to Xian You and Wilfred, I can do it again in front of a much bigger audience at another much bigger event. NDP leh, got President one leh. How many can say that they have dance in front of the President before? (*Proud*)
And oh, did I mention that I won something again from my blog? This time it's a Fabrix bag that I got as a mystery prize from Omy.sg for blogging about Singapore Blog Awards 2011. Yeap, though I may have won nothing from the two categories I participated in and not even the lucky draw prize or even the best dressed prize (ironic right, considering my blog name is Lukeyishandsome.com), at least I got a bag from blogging about it. I hoped to win an iPad 2 but I guess this is good enough. It serves to console me in a way that I may not be THAT bad in blogging after all and which means there's still some ego for me to salvage back.
So yeah, I guess that's pretty much the happenings that took place in the past one to two weeks since the start of my post-orientation-life. And look, I manage to churn out such a long post in just such a short time. Maybe I'll need to drink red bull from now on every time I write a blog post so that I can be hyper and just power blog all the way. Speaking of which, now that I'm done blogging, what I should do next since I still feel very much awake? I think I'll hit myself on the head with a pole.
Labels: Life Updates Random Rantings