Help Me Find My Poodle!

I've been dog hunting for the past few days. Or more specifically, poodle hunting. A brown cute poodle with a red ribbon on top, that is.
Not that I'm planning to adopt a pet, but rather I'm helping my dear friend Sparky to find his true love in StarHub's Love Tail campaign. Not to mention maybe bagging a 10 000 dollars reward at the same time if I do manage to find her.
In just a short period of five days, StarHub has already given out a Blackberry Playbook, a MacBook Air, a Sony Ericsson Xperia Arc, a Dell Streak, a Samsung 32" LCD TV and countless popcorn combos as part of an effort to reward us all poodle hunters for our hard work in helping Sparky. And there are still countless prizes coming.

Which is why I have been faithfully sitting in front of my laptop every night, 8pm with the Hub It App (that's the app you need to participate in the campaign) ready on my phone. It's because the first person who manages to solve the daily task released by StarHub will walk away with the daily prize of the day. It's that easy. Too bad I'm always not fast enough to crack any of the tasks (so much for thinking that reading Sherlock Holmes would help me sharpen my detective skills).

.
Oh well, there's still 10+ more daily prizes up for grabs (that iPad 2 is really tempting) and if I still fail to win any of those daily prizes, there's still the 10 000 dollars grand prize. I just hope that luck would be on my side. And lots of speed too.

It's not too late for you to join this competition too if you want to try your hands at some detective work and perhaps walk away with the attractive prizes up for grabs. All you have to do is to download the Hub It! app from either Apple Store or Android Market and try to be the first one to solve the daily task that will be revealed at 8pm every night for the rest of the campaign. And maybe be the first one to find that poodle and reunite Sparky with his love.

As for me, I will continue my routine of camping in front of the computer and praying that all those years of reading Sherlock Holmes would finally pay off. In a form of an iPad 2. Or 10 000 dollars.

P/s: You're still able to redeem free prizes from hidden easter eggs inside the Hub It! app even though you may not be able to unlock the big prizes. And since the game wouldn't be fun without any freebies, I'm gonna teach you how to earn yourself a free PC game or a music store goodie

1. Fire up your app and the "fetch-a-reward" camera.

2. As usual, turn up the volume your speakers and align your camera to the commercial.

3. Tap at the correct scenes to unlock the extra content. There's a few scenes in which you can tap at, one is during the scene when the guy is handing out the game and the other is where the lady is holding the bulldog. I think you can also tap at the scene where the artist is drawing. Basically just tap away until you get something. 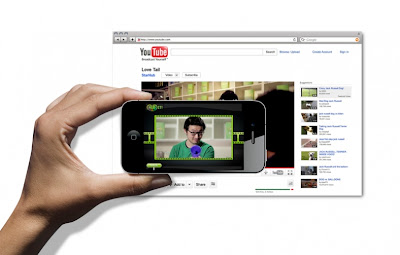 4. Interact with the bonus video if needed, or you can just laugh yourself away at the quirky characters. The girl with the bulldog certainly reminds of me someone.

5. And voila, win yourself a freebie from StarHub! Simple as that. Details of how to claim your prize would be sent to you and everyone could win! How awesome is that? 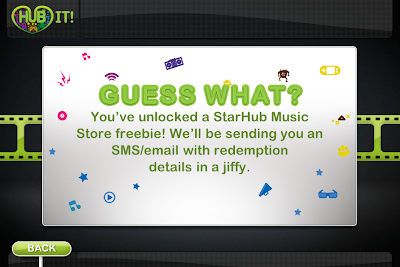