"CLUE #5: My owner is making this love chase his own. Making a pass at the lady with the bulldog, chatting her up. Dude even tried to make me settle. Grrr, who's the dog now? Someone needs to have a word with that guy. Go ahead, interact with my commercial now, and take home today's prize."

If you're still stuck on Clue #5 for StarHub's Love Tail campaign and is too lazy to look through the whole bunch of comments under StarHub's Facebook page for the solution, don't worry, this post is for you.

Basically the solution for today's clue is quite simple. If you have watched the commercial carefully, you would have noticed that there's a scene where lots of people are lining up with their pet dog to see whether if their pet is the poodle Sparky is looking for (kinda reminds me of the Cinderella glass shoe scene) and there's this woman who look like Babarella with a bulldog. That's the scene you need to tap to unlock the next task. 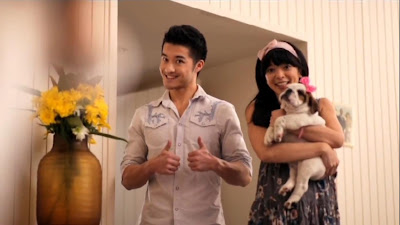 I don't know how exactly the next step goes, but either a video will be played, showing the interaction between Sparky's owner and the bulldog owner, or either a 7 digit number will be flashed. I did not got the video though (maybe it was my tablet) and my friend Xian You did not get the number. The video's not important though because the next thing you need to be doing is to call the numbers flashed. If you're too lazy to do it yourself, the number is: 68257676

When you dial the number, you will hear a pre-recorded message of Sparky's owner trying to hit on the bulldog owner (I love calling her that) and based on the conversation, she must have asked for the number to unlock the map too. And here's where the next clue comes in. Being a responsible owner, Sparky's owner (let us call him Pikachu from now on) did not reveal the exact number but mentioned that the password was the year Sparky was born.


But what year exactly was Sparky born?


Like they said, Google is your best friend. Simple Google search "StarHub Sparky Born" or click this link http://lmgtfy.com/?q=starhub+sparky+born+ and you will land on a blog belonging to a girl called Stoofi. She's one of my fellow Standard Chartered Top 23 World's Coolest Intern but that's another story, but on her blog, you will find a bolded sentence that read "It’s Sparky’s 9th year on the job – Sparky was born in 2002 when he fronted our first hubbing campaign and has only been getting the best treatment since."

And voila, there's your password. Task solved. And fyi, the task was solved in under 5 minutes. I got it at 8.07. Kinda sad actually. But fear not! The 10 000 dollars will be mine!