The Problem of Race

Race was never an issue in Malaysia until the British came. It was then further made worse by the Malay ruling class during the 1969 race riots to cement their power. The bumiputra status was created then as one of the ways to solve racial identification according to economic interests. But it never really achieved it's original purpose. From there, it only got worst. At least that's what I learned from my Sociology Race and Ethnic Relations lecture today at NUS.

It's strange you know, because growing up, the idea of race differences has always been like a core belief in my life. Malays are lazy, Indians are violent and Chinese are greedy. Those were the accepted characteristics of the different races that were taught to me. I've always believed it as if it is "natural", written in their genes. Unchangeable. And it's not only me though. All of us, be it Chinese, Indians or Malay are taught from young about racial differences. It's the environment you grew up in. 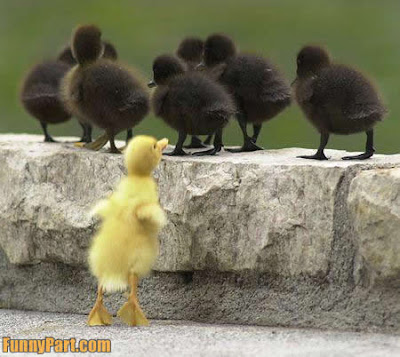 But it has not always been like that. Once upon a time before the British occupation, race was never the central issue in Malaysia. Chinese married in freely with the Malays, that's where you get your Peranakan from, and adopted their cultures freely. Even if there was any conflict, it was like a Malay royalty allied with a Chinese gang against another Malay royalty allied with another Chinese gang. Seldom was there a Malay against Chinese issue.

In come the British and everything changed.

One prime example is how the Malays are viewed as lazy. For your info, there's no such thing as the lazy gene in the Malay blood, you know. We have the British to thank for that.

You see, when the British came in, along with the rapid industrialization in Europe, they needed a lot of workers. Cheap workers that will endure long hours. And where would they find them? China, of course. Chinese workers who were imported from China had no choice but to slave away long hours in terrible working conditions because when they come in, they have to pay off the debts like their ship fees and stuff. Essentially they are forced into working.

Malays on the other hand, have a choice. Given the minimum wage and terrible working conditions, it was economically logical to stay in the agriculture field instead where working condition is much better and they could earn much more. Why would they want to slave away right? That was one of the back story of how the "Malays is lazy" stereotype came about. It essentially grew to a self-fulfilling prophecy sort of thing which was widely circulated until now. Little did we know that the origins of such belief was from colonialism times.

Of course, British was not only the ones to be blamed for playing the race card. I mean sure, they started it, but for it to continue on to this day, someone has to constantly reinforce it. And that's where our dear UMNO come in.

To be honest, fundamentally, there's not so much difference about race after all. Our skin pigment may look a bit different but ultimately deep down in our genes, there's no such thing as a more superior race than another. There's not such thing as a race being more stupid or another race being more cunning. If there is. scientists would have announce it a long time ago.

In essence, race is more to political than biological. Especially in the case of Malaysia. Day in day out, you have people telling you that your race is in danger and you have to safeguard the interest of your race or risk annihilation and other doomsday scenario. It's always a us vs them mentality. Little did we notice that in our zeal to protect our so called "race", we are living in a poor condition deprived of our basic rights and needs. It's almost saying like, "It's okay to remain poor as long as my race is defended". For what actually? For that false sense of pride you would forsake your family's livelihood?

No wonder some Marxists go on to claim that, race is nothing but a political smokescreen to cover up the exploitation of the poor by the ruling class. Because every time the ruling class sense that they're gonna lose power, they shout about racial identity and the need to protect it. Heck, multiculturalism itself is a racial ideology. It serves nothing but to remind us that there are differences between us and we are not the same.

It's sad to see that even after so many years of independence, whenever an issue crops up, people still relate it to race. Take for example the planned exit of the Lions Group from Malaysia. Instead of viewing it as potential loss of jobs and opportunities for many Malaysians, not to mention Malaysia's economic strength, some racial zealots can go as far to rejoice of the news because to them, it's instead the exit of a cunning and greedy Chinese businessman. Until when can we only stop seeing things from a racial tinted glasses?

I mean, by the end of the day, what can you really achieve by "defending" your race? Will your salary immediately rise up? Your IQ increased by a 100%? And where is the main aim or the final goal anyway?  Why even after 50+ years, none of the races have really "defended" themselves? Why has no race been declared champions yet? Why is the conflict still ongoing?

For me, the answer is really quite simple. There's really no such thing as racial differences. All these terms, about being Malay, Chinese or Indian, are merely created by those in power to rule. I'm sure you've heard of the "divide and rule" strategy which was used by the British before during colonialism. Well guess, what, the whole system is still practiced today by the ruling party.

Racial categorization in a way separates us. It creates boundaries among us. It determines who's in and who's out. Instead of viewing ourselves as Malaysians, it makes us view ourselves as Chinese, Malay or Indian first. And when there's grouping like that, we will naturally want to exclude people who we think are different from us. It's human mentality.

The only way to progress? Shave off all racial categorizations. Throw away the racial mentality. Race is nothing but an arbitrary concept.
Labels: Malaysia Politics Rantings