Why I Don't Agree With The Idea Of Divorce 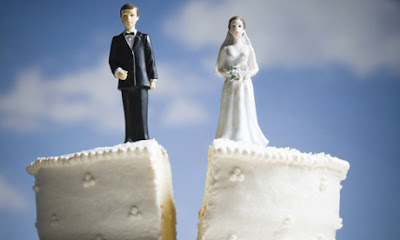 I must be one of the few remaining guys living on Earth who does not agree with the idea of divorce. When I found out today that someone whom I admire had been divorced before, it sort of disappointed me. Because I never expected someone like him will get a divorce

I guess part of the reason why I don't believe in divorce is because I am also one of the few remaining guys who still believes in a happily ever after ending. I believe that once you have found your soulmate, no matter what the obstacles, you would be able to brave it together as long you both of you still love each other.

To me, there's nothing such as an unresolvable problem in a relationship. It only depends on whether if the both parties have the will and heart to see it through only.

Divorce means giving up and taking the easy way out. It does not solve any problems and all you are doing is to run away from it.

Of course, you can argue that perhaps the person you have married turns out to be a complete different person from when you know him/her and there's nothing you can do to change him/her and the only option out is to leave. It's the most common reason why people choose divorce anyway.

I only have one question for reasons like this. What on Earth were you doing during the courtship or dating period? Closing your eyes all the time? I thought the dating period before marriage is the time was for people to see whether they are suitable for each other and if they find each other compatible and would want to take the next step, marriage is the answer.

I thought couples should have known about each others weaknesses and strengths already and have decided to accept them when you choose to wear the ring on your fingers. Why only regret after you have exchanged your vows?

Perhaps you can argue that every mistakes deserves a second chance. I only think that as long as you still love a person, you would do whatever it takes to mend the relationship and to correct the mistake. The only reason why I can think of why someone would choose divorce is because they have fallen out of love with their spouse, which to me is also one of another lame reasons for divorce because once you decide to get married, you have made the choice to love your partner forever. If you are gonna change your heart somewhere down the road, might as well don't get married in the first place.

And I've not even talked about the impact on the children, if you have any.

Many people go through a divorce on the grounds of their kids, that they don't want the kids to live in a household where there are a lot of arguments in the first place and that it would traumatize the kids if the environment in the house is forever hostile.

However, what parents sometimes do not know that if given a chance, most kids would prefer the family to remain as one. Because when a family gets torn apart, the kids will get torn apart too. There was once someone who told me that before divorce, the children are the nucleus of the family but when the parents separate the nucleus disappears and the children will sometimes find themselves stuck between their parents. Which is no less traumatizing either. 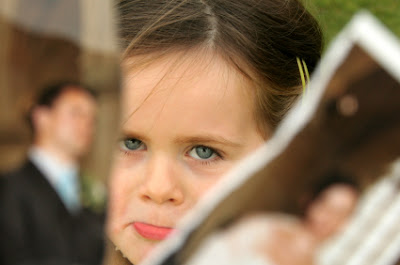 And why the parents are arguing in the first place? Because daddy or mummy found a new lover? (Which brings me back to my previous points)

My point is, there is no such thing as a divorce based on good reasons, at least for most of them. Of course there are some rare cases which divorce is the only option but most of the time, people choose to divorce over selfish reasons such as a new lover in life.

But of course, all the points stated in this post are merely my opinions. They may be wrong, they may be right and one thing is certain, you do not have to agree with them.

Because I'm also one of the rare people that believes in that marriage is sacred and that once you exchange the vows, you have to keep it. It's called the vows for some reason you know. If you can simply break them, they would call it empty promises rather than vows.