Malaysia, the land of conformity 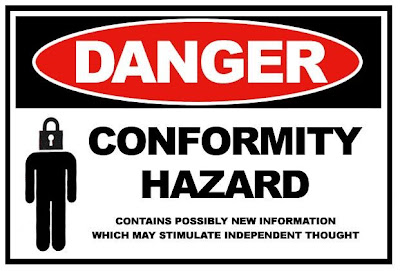 I woke up today to read two interesting article about my once beloved country, Malaysia. One was about our Prime Minster wanting every citizen to get a 1Malaysia email account (READ: Every Malaysian Citizen) at http://bit.ly/ggwc0K (All Malaysians to get Official 1 Malaysia Email Acc) and another was about a camp to encourage 66 "sissies" to act more manly, found at http://www.nst.com.my/nst/articles//16eff/Article/ (Besut Boot Camp for 66 Sissies).
If I'm allowed to make a comment, I would say that our Malaysian government is a rich government indeed with loads of money to spend on useless stuff like these.
For starters, the one email per citizen initiative will be nothing but a logistical nightmare. According to official statistics, there are about 28 million citizens and lets assume that half of the population, say 14 million people, are above the age of 18, the age that is allowed to have the email account according to the dear Prime Minister, so in total 14 million email accounts have to be created for this purpose.
14 million iss not a small number you know. Technical wise, how many servers that the government expect to buy to handle the load? And how would the government expect handle the maintenance of the servers? Who would develop the interface? How would the email service fare as compared to Gmail or other email accounts?
And it's not that every Malaysian citizen would want the email account also even if it's given to them too. Why would a normal Malaysian citizen want an email account that you know has government eyes all over it? And heck, it's not as if every Malaysian citizen above 18 uses the internet also. What good an email account would be for them?
No matter how I see it, this whole One Citizen One Email thing is nothing but another lame attempt to market the 1 Malaysia propaganda.
Firstly, to set up a network of 14 million email accounts would need loads of money and time, and the money is probably from the taxpayer's pockets. Secondly, not every Malaysian with internet access would want the email account. Who knows that by saying yes to that email, you're saying yes to a daily Utusan Malaysia in your email account along with hordes of spywares sincerely from the Malaysian government? And thirdly, not every Malaysian uses an email by the way. My grandparents don't. So wouldn't it be a waste to maintain an email account that is not even used in the first place? And what about people like me who are working/studying overseas?
After this email attempt, perhaps we'll be seeing 1 mall for everyone to shop at, 1 meat for everyone to eat, 1 clothing line for everyone to wear and 1 party for everyone to vote when election comes.
Ain't life great? We have our choice all made for us.
Speaking of choices, let us not forget another honorable mention to add to Malaysia's wall of shame, the first ever "Sissy Correction Camp" aimed at helping effeminate guys behave in a proper manner. Yeap, it's now considered a crime to be an effeminate male in Malaysia too.
I mean who said that guys must act in a masculine way in the first place? Gender roles are socially constructed and you can't possibly expect to change their personality during a four days camp do you?
There must be a reason to why they act in this certain manner, be it biologically, genetically or even family upbringing and it cannot possibly be changed in just a short time. You're not even addressing the root of the problem. It's like asking a shy guy to suddenly perform in front of a 1000 people crowd overnight. It's virtually impossible and yet another waste of money.
Besides, what do you hope to achieve by addressing this sissy problem? Saying that you hope to resolve the transvestite problem through this initiative just because most effeminate guys turn out to be that when they grow up is stupid and a stereotype.
I could also say that dominant and masculine guys should be sent to "Masculine Correction Camp" too because masculine guys would grow up to be mostly wife abusers and criminals.
And what's next? Maybe tomboyish girls would be sent to have their behaviors corrected too? And then? Non-Muslims sent to be Islamized?
You see, be it the 1 Malaysia email initiative or the "Sissy Correction Camp" thing, I couldn't help but to see that no matter what the government is doing, they have this general idea that all Malaysians should conform to one way of doing things and one way of thinking. Be it emails or our sexual orientation, we must do what everyone else is doing or what the government think it is normal. The "right" way, or so it seems.
And I thought for a country as diverse as Malaysia, diversity would be actually celebrated.
Well, seems like I was wrong and our government would want us to think, act and feel the same way. That way, no one would dare rise up to question them and demand for a change. Long live Malaysia.
Labels: Life Malaysia Rantings