Today... today was a special day. Not only because today is a Sunday, I get Sunday once per week anyway so it's no big deal, but today I was able to attend Youth.sg's official revamp party at Scape as a handsome blogger mentor and one of the top article contributors. 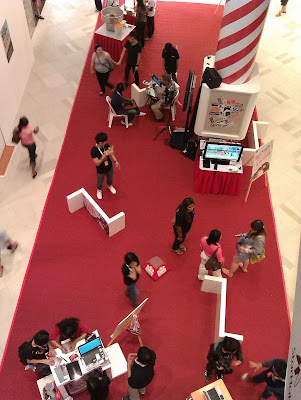 Which is not bad if you ask me. I never expect to have progressed so far in blogging to be honest and recognized in such a way is kinda sweet you know. At least all the countless hours spent updating my blog in the middle of the night with only the moon to accompany me has not gone to waste (sound so emo right).
And best of all, I've got to learned and experienced quite a few things too from this event.
Like how my new HTC Wildfire sucks at taking pictures even though it claims it has a 5.0 megapixel camera. Heck even my old SE K810 could beat its camera flat. Which is why this post will have a minimum amount of photos. I should have so brought a DSLR.
Other than that, I also got to meet another awesome blogger called DK! I had roughly heard of his name before prior to meeting him and did not know that I will be meeting him in person. Honestly, I think I could learn more from him too in the process. And maybe ask him to help promote my blog a bit :p He blogs at http://blog.dk.sg/ btw so you can check out his blog there if you want to.
Oh and not forgetting the goodie back I got from Youth.sg as a token of appreciation. Given by a minister somemore!
Come to think of it, it's kinda ironic that even though I spend 19 years of my life in Malaysia, I have not come into any contact with any Malaysian minster before (they're like some people who existed only in legends) and I had the chance to do so today with a Singaporean minister instead. Maybe because the island is small or maybe it's because Malaysian ministers would just appear every 5 years when election comes.
But still, it was a good day. I managed to give my speech and I did not wet my pants. Although I must say I might have overestimated the amount of crowd that I will be speaking too.
Oh and not forgetting, there was actually a Gamecom X95 Wireless Headsets that was given to me in that goodie bag. I don't really have a use for it  since it is specially designed for Xbox usage and I don't have one so I am thinking of whether I should organize one contest to give it away.
The headset looks something like this: 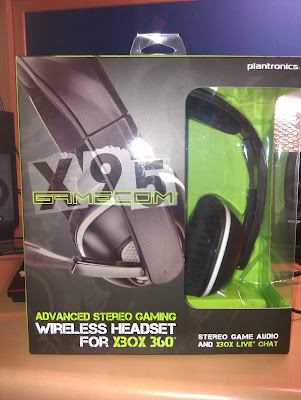 The retail prices costs about 50 dollars something according to Google, correct me if I'm wrong, so it's actually quite a good catch if you want it and it's also brand new. Or maybe should I do a blog competition to give it out instead of selling it? What do you all think?


P/s: With a little tinkering I found out that you can get the headset to work with computers too. But still I have headsets already so yeah, competition or sell?
Labels: Blogging Life Updates