Glimpses of a Psychology Textbook 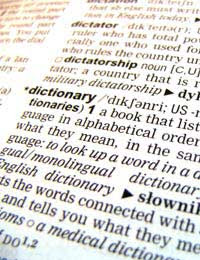 You'll learn how to be lame with words. Like how my textbook author did when trying to explain the basis of existentialism to the readers.

"Existential analysis begins with the concrete and specific experience of a single human being existing at a particular moment in time and space. An excellent example is you, right now. I mean, then, back then when you read the words "right now", although that has already passed, so maybe we should concentrate on right now, instead. Too late..."

*****
You'll learn how to be philosophical in the outlook of life. How to think beyond your current situation and focus on something bigger like the purpose of life. And you'll learn to ask fundamental questions about life itself. All while being lame at the same time. 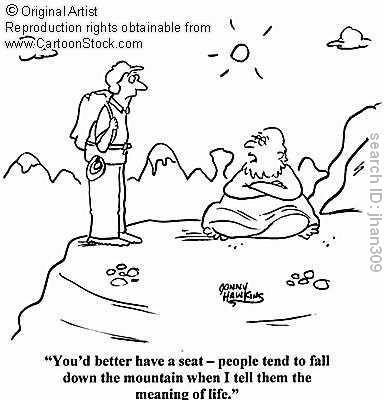 "...a human being is really no more than a pile of lucky mud. After all, the human body is chemically not much different from the dirt on which it walks, plus a lot of water (the body is about 70 percent of water). The only difference is that this mass of mud is up and walking around. More important, it has awareness, so it can look around and experience the world. The other mud, that stuff that under one's feet, does not get to do that. It just lies there, ignorant of all the interesting thing happening above."
"For as long as you are alive and aware mud, and not just regular mud, your obligation is to experience as much as of the world as possible as vividly as possible."
"The tragedy... is that many people never do this. They lead the unexamined life, they never realize how lucky they are... until they eventually lose their awareness, forever, never having realized what a special gift it was."

*****
You'll learn that sometimes it's okay to be normal and not to be a "superman" because not everyone can do that. Sometimes being normal and average isn't that bad after all. At least you're still alive. And superman was probably a crazy guy in the first place. 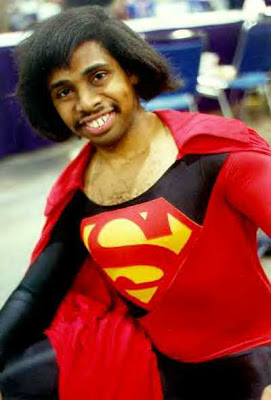 "Existentialism is not for wimps. It takes moral courage to peer into the void of mortality and meaninglessness. When the existentialist philosopher Friedrich Nietszche did this, he decided the only logical response was to rise above it all and become a "superman". This was easier said than done, however: instead of becoming a superman, Nietszche went insance and died in an asylum."

*****
You'll learn how to bash other fields of study. And if you're lucky enough, you'll also learn how to make enemies with the students from those fields because you can't wait to prove how smart you are by telling them how wrong they were for choosing to study in the "wrong" field. Which in this case happens to be the business school. 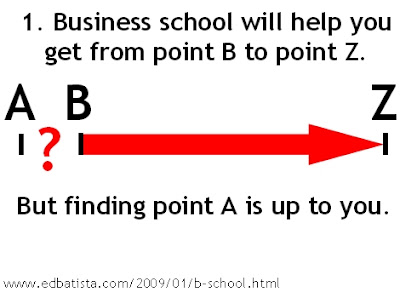 "There are many other systems of constructs, or paradigms... You probably have developed a systems of belief that affect how in interpret and understand politics, and morality... and many other important matters. These belief systems are useful and even necessary but... other belief systems are equally plausible."
"... example concerns the economic concept of "opportunity costs", which in my opinion is one of the most harmful ideas ever invented... The layperson's answer is that the cost of something is the amount of resources required to get it. A second and different answer... is taught in business school. The cost of something is the difference between what it brings you and what you could have gotten had you spent your resources on something better. The difference between these two figures is... your opportunity cost"
"These two definitions of cost derive from two different construals of the goal of the economic life. The first construes the goal as doing what you want as long as you can pay for it... The second maintains that you must maximize your gain... Both goals are reasonable , but different, and neither is intrinsically right or wrong. Yet business schools often teach that the second goal is sophisticated and correct and the first is hopelessly naive."

*****
You'll learn that watching television is bad according to various psychological reasons. One for example, has to do with the flow. And yes, you have to say the word "flow" in a zen way. 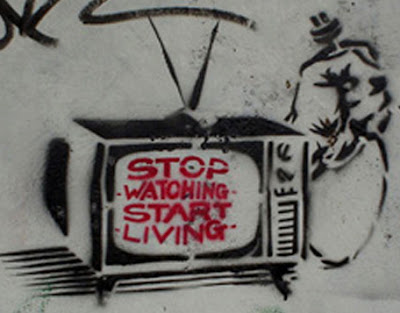 "...the secret of enhancing the quality of your life is to spend as much time in flow as possible. Achieving flow entails finding something you find worthwhile and enjoyable and becoming good at it... (Achieving flow also entails staying away from television... watching television disrupts and prevents flow for long periods of time."

Btw, if you're interested to know what is flow about, it is basically the experience of immersing oneself in an enjoyable activist characterized by tremendous concentration, no distractibility and thoughts focusing on the activity itself. It's like how a blogger enjoys blogging and how fast time passes while one is experiencing flow.
*****
You'll learn how to love.

"To love a person's features (ie good looking, funny) is different from loving the person as a whole."

*****
And to top it all off, you'll learn that your country of origin, which is Malaysia in my case, despite all the rhetoric about it being a developing country, having lots of modern infrastructures and better than some countries in South Africa (the rhetoric mainly comes from the politicians btw), gets labeled as a "less developed" area along with Zimbabwe. 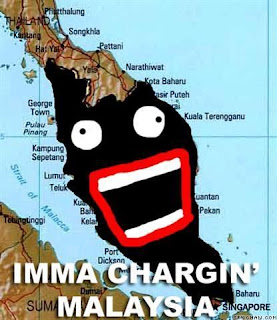 "...these differences were actually larger in so-called developed societies such as Belgium, France and the United States than in less-developed areas such as Zimbabwe and Malaysia."

*****
And people wonder why I study Psychology. It's one of the few subjects where you can read the textbooks and don't fall asleep. Provided that atoms and physics don't make you laugh, that is.
And if I'm still feeling up for it, maybe there's part 2 to this post when I continue to read the book tomorrow.
Disclaimer: All the excerpts are taken from "The Personality Puzzle" by David C. Funder and I do not own any copyright to the book. The excerpts are merely posted for fun and I do not seek to violate any copyrights issue here.
Part 2 of this post here: http://www.lukeyishandsome.com/2011/04/another-glimpse-into-psychology.html