I Spreaded The Groove

Hello everyone. Let me introduce you to my latest toy called HTC Wildfire! 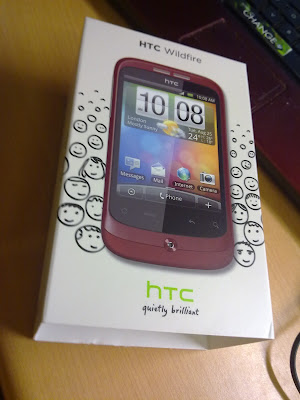 It's red, it's new and best of all it's all free! Courtesy of Omy.sg, F&N and HTC itself.
I guess that marks the official end of my journey with F&N Sparkling Drinks then and the awesome fun I had being one of the official blogger for this Spread The Groove competition. I spreaded the groove alright and I learned lots of stuff from it. Better still, I got a free phone to top it all off! 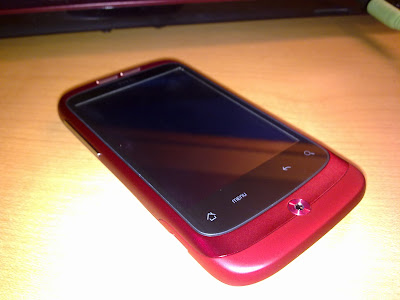 I would have been happier though, if the phone I'm using now is old but it's not. The Nokia X6 I have now is barely two months old and already there's a new phone knocking on my door. No thanks to Nuffnang for sending the phone late, I must say. (Old entry here: http://www.lukeyishandsome.com/2011/02/it-was-called-x6-because-it-took-6.html)
And in case you're wondering, yeap, the Nokia X6 was also won from a blogging competition so if you would add my HTC Wildfire to the list of goodies I've gotten thanks to this little blog here, I think there's more than five already. Prior to this I have gotten an iPad, an iPod, a X6 and now this Wildfire. Whoops cut that number to four please. Sorry I'm showing off.
I think I'm gonna enjoy this kind of life. Blogging and winning stuff and still remain relatively unpopular. Which is nice, because I get to stay out of the limelight and make an appearance whenever I want. Much like the ancient handsome warrior that appears every 900 years to save the world.
And while I'm on that, I think I'm gonna win myself other cool stuff too. On my list now I have a car, a house and a job that I would like to win. And after that, perhaps I can win myself a pretty wife too.
And after that, I can just retire and not worry about anything.
Now, time to find a blogging competition that offers cars as reward.
Labels: Blogging Competition Random Rantings