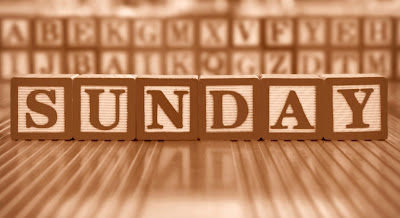 It's Day 3 already and the hype surrounding this Kenneth Tong seems to be nowhere near subsiding. His Twitter followers have increased by the thousands in just one day and I'm pretty sure he's smiling like a baby who has gotten the candy that he really wanted right now.
According to a latest his latest Tweet, he said that he will be attending radio shows and be featured in the press soon enough, further cementing his popularity in the days to come, which basically means that the rest of the world, particularly you and me, have played right into his hands.
If I'm allowed to make a guess, I would say that this size zero pill of his is nothing but a imaginary item (there's no concrete prove yet as to if his pill really exists at the time of the writing) and his claims of supporting anorexia is nothing more than a method for him to get famous. In fact, I would think that gaining popularity was always his first priority, not promoting this anorexia craze.
You see, his modus operandi is quite simple. Simply Tweet about how fat people should die or how anorexia is the way of life, include a really famous person in the Tweet (perhaps even go to as far to claim that they are supporting you), lets say @Rihanna and hope that they reply, which they often do because celebrities would want to keep their image, and voila, you will have your name appearing in the feed of the celebrity's two million Twitter followers. What better way than this to be famous in a second?
I must say that I salute his ability of manipulating how the social media works to his advantage. Although he is now one of the most hated person in the world, even beating Bush to it, it is undeniable that soon money will start flowing to him from press releases, radio show appearances and interview requests. And by the time we realize his bluff, it would be too late as he would be happily smiling already with all the wads of cash in his bank account.
But of course, some would argue that if left alone, he poses the risk of influencing other teenagers to engage in this serious disorder called anorexia but the fact is, there are a lot of people out there in the web who are promoting anorexia everyday, they just do not happen to include Rihanna in their tweets. A quick search on Google with the keywords "Pro-Anorexia" returned about 120 00 results with blogs showing tips on how to hide your anorexic tendencies and nobody bothers about shutting them down, so my question is why are we so hyped up over one person but not be bothered about helping hundreds of others lurking in these sites spreading pro-anorexia tips too?
If we were to think about it, this Kenneth Tong pose a far smaller risk as compared to these sites. If you think a girl that is suffering from anorexia would rather follow Kenneth Tong's tweets rather than searching for tips in Google, think again. As far as I can see, almost all of the replies to him are against his stand rather than supporting him. This alone proves how effective he is.
Which is why we should stop ignoring him and deprive him of the thing he really wants, attention. And if you're really worried that he's gonna affect other people, there's a face of him in Twitter along with his address. Just go there, arrest him and have him put into a jail. Problem solved.
*****
On a sadder note, school is starting tomorrow, along with the usual flow of assignments, presentation and co-curricular commitments. I still find it hard to accept. Where did my holiday went?
Labels: Online World Rantings