The Case of The Over-jealous Boyfriend 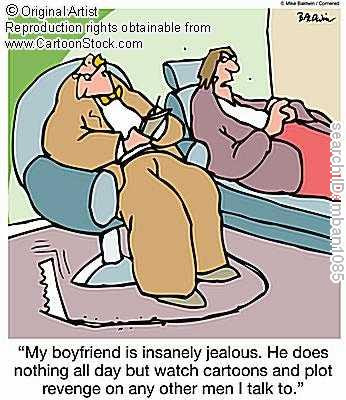 If there's one thing that I could not understand about relationships in this world, it would be the case of the over-jealous boyfriend. 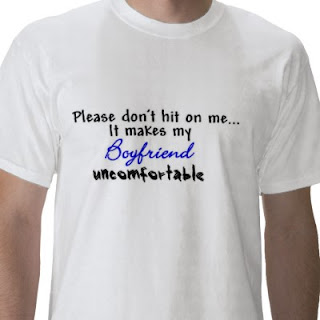 Over the past 21 years, I must admit that I had my share of jealous boyfriends wanting to wring my neck here and there. From the guy who cannot stand his girlfriend adding me in Facebook (story here) to a recent incident in my hall's dance production (for safety reasons, I have agreed to keep the details a secret in case he decides for a showdown), I must say that I do not understand how this jealousy thing sometimes work. I mean sure, it's normal for you to feel jealous over someone you love but if you really love someone, I believe that you'll be able to trust her right?

I don't know. To be honest, I've never been able to grasp how over-jealous boyfriends think actually. I've seen situations where the boyfriend disallows the girlfriend to go clubbing without him in fear of her getting targeted, which is understandable, to downright dumb cases where the girlfriend's handphone gets confiscated by the boyfriend just because he's jealous that she's messaging people other than him.

Or the case where a guy bars his girlfriend from dancing because she might be coming into physical contact with other guys during the dance.

Or just because the dress she's wearing is "too sexy", that's why she is not allowed to dance.

If you truly love someone, be it a guy or girl, my opinion is that you wouldn't want to limit their freedom to such a degree, like they're your pets. A loving relationship includes trust and trust means that you know that no matter what your girlfriend does, by the end of the day, her heart is still with you. She won't just love another guy just because they are dance partners. And even if that happens, either you're not good enough to keep your heart or she's that kind of girl who changes heart easily and it's not worth being with her anyway. It's not the dance partner's fault to start with, honestly.

But I guess that's what jealousy does to you. So much so that to a point that you find you can't trust her anymore and if given a choice, you would lock her in a cage so she can't go anywhere. But that's not love, that's sick.

Of course, it's not wrong for girlfriends to tone down too when they get attached but not to such an extent that they need to sacrifice almost everything they enjoy doing. There's always a place to draw a line.

But oh well, love does drives you blind and mad so I can't really judge what these over-jealous boyfriends want to do with their girl. It's just that when I'm at the receiving end I get annoyed. Don't get mad at me just because you're worried your girlfriend might have a change of heart. I'm innocent, you know, and I hate being the spanner.
Labels: Love Matters Rantings