The Hard Fact About Life 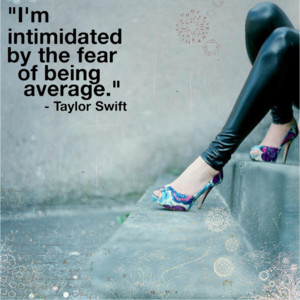 There's one hard fact about life and that is not everyone can be outstanding and special. Like it or not, the majority of us will most probably end up being at best average and normal, despite how much we want to be special and stand out and how hard we try to be special. 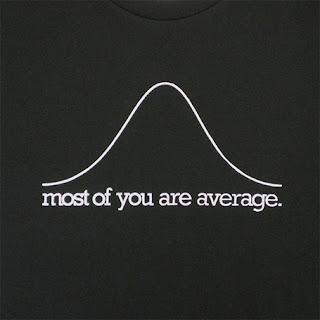 Most of us grew up being told by our parents, our teachers and everyone else that if we try hard enough and persevere, we will be able to succeed, achieve our dreams and be someone significant. We are then shown numerous stories of how people who start of poor, people who are written off as being not able to succeed are able to break off from their shackles and go on to achieve greatness to back the claim. Classic examples include Bill Gates who dropped out of university or Einstein who failed his language courses terribly.
But the truth is, how many of us can be like them? While we're being told about these people who managed to overcome the all the odds in life to be someone great, we often tend to forget about the rest who didn't. I'm pretty sure that statistically speaking, for each person that manages to achieve greatness, there are probably hundreds or even thousands of others that did not, no matter how much effort they put in. The believe that you'll get rewarded in proportion to the amount of the effort you gave is mostly myth.
Life is unfair. No everyone in this world gets equal chances. There are just so many factors that come into play when it comes to determining how far you would go in life. Sure, hard work does play a part, but so does personality, talents, environment and family background. I may update my blog everyday in attempting to be a famous blogger but if I do not have the humor to entertain my readers or of I do not know to write skillfully, I may still lose to someone who only blogs once per week but comes up with posts that can move you to tears or make you laugh like a baby. Get what I mean?
Like it or not, we are in fact constrained by the amount of resources we have, be it economic resources (ie your family's wealth) or personality resources (think genetics and talents) and also situational factors.
People who comes from a wealthy family or background will still be able to get a high paying job and live a comfortable life without doing much (think of a friend who is extremely rich, fails most of his exams but is still able to enter a university overseas).
People who are not as wealthy but are extremely talented (singing, studying, writing) will also be able to enjoy a great life provided if they work hard enough.
People who are not that talented and have no wealthy family, however, will need to put in a LOT more effort if they wish to achieve what the first two groups of people are able to with minimal effort because they do not have the resources to help them. And most of the time, they are not able to, which is why they will mostly end up as normal and average.
A little depressing? Yes. I have to admit that this post is a little bit pessimistic but as far as I see it, life is unfair. How many of us that grew up dreaming big but ended up getting disappointed in the end?
Labels: I really should be sleeping Life Life's Philosophies Rantings