The Small Boy Who Never Gave Up

"If you want something really badly, you would work hard to get it no matter how difficult it is, rather than just giving up without even trying."

I used to be a very stubborn boy when I was young. One that would want to win at everything and refuse to stop at anything less than perfection. A boy that is determined to prove anyone who looks down on him wrong. Hard headed, rebellious and constantly striving to be the best. That's what used to be me.
As the years passed by, the boy that knew no limits is slowly replaced by someone who too afraid to try and too afraid to fight for what he wants. Gone were the days where the more you say he cannot do it, the more he would love to prove you wrong. Instead, it is he himself now who happens to be the voice saying that he cannot achieve what he wants.

Perhaps this is what life does to you. You grow up thinking that you could conquer the world but after endless barrage of people saying that you can't and seeing how many times you failed yourself, you will eventually come to believe that you cannot yourself.

That WAS me alright.

I guess the sentence that was uttered to me at a table by a good friend of mine tonight kind of gave a good slap on the face to me. I am no longer the "Never Say No" boy anymore. More like a "I'm useless guy" right now. And this is not me. Giving up was never a part of my dictionary. And I do not see any need to put it in right now.

I will fight alright. Both in studies and in everything else. And I'm will not give up easily anymore. I will prove to myself that I can, despite how the situation might be overwhelmingly against me. No matter how many times I fall, how much I get disappointed, I will still stand up tall. Like how the small boy would used to brush away all those criticisms leveled at him when he was young. And how he managed to prove all those aunties who thought he could not even make it through Form 6 wrong.

Thanks Xian You for that insightful sentence of yours. I owe you one. 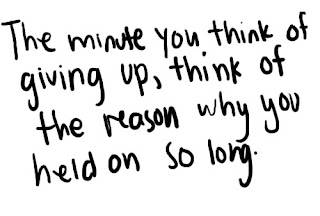 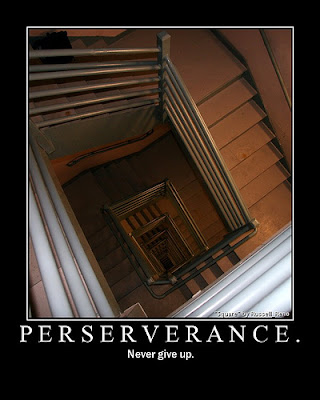