I came across this interesting MV when i was blog surfing a while ago. The song's name is called Expired Rubbish by a Malaysian band, if i'm not mistaken, called Da.Mon.Ster. A very nice song with awesome lyrics depicting our current society trend nowadays, in which parents are often viewed only as a burden and the only suitable place for them are the old folks home. The song is sung mainly in Chinese with hints of English, Hokkien, Tamil and Cantonese in it. There's Chinese subtitles though, but no use for me as i don't know Chinese. Anyways see the MV for yourselves!
Besides the the awesome lyrics and music, the MV's storyline is also thought provoking and touching. It tells the story of a father and son, who were really close at first when the son was young, but grew gradually apart when the son graduated from his studies and got a job. Like most of the young adults nowadays, the son eventually thinks that his father is too troublesome to take care of. And like most young adults, not wanting to be branded as an ungrateful son, the son chose the old folks home as the best alternative to look good while being able to get rid of his father at the same time. However, what the son did not knew was while he was treating his father as some sort of rubbish, he himself was picked up from a rubbish dump site many years ago by his father. A sad story indeed, but it blends in so well with the music.
Truth to be told, it's saddening sometimes to see what our society is becoming nowadays. The very people that raised us up and molded us to become who we are today are often forgotten and neglected in our own pursuits of wealth and success. We give all sorts of excuses of not having enough time, not enough experience and not enough energy to care for them to make us feel better when we send them to the old folks home. But what we did not realize that when we were young, our parents have never complained of having not enough time, experience or energy when raising us. If they have, we might have ended up in some random orphanage. So who gave us the permission to make those excuses then? 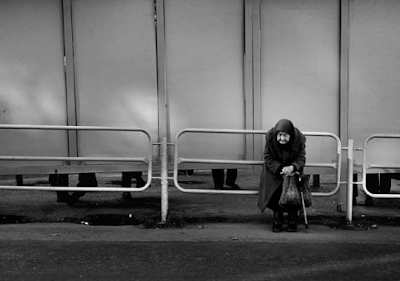 I hope songs like this would be able to reach out to more young people and get the message across.
Labels: Rantings Songs Videos