Do you remember about the day when Mr Luke was in third person and posting about his adventures in auditioning for a place in Eusoff Dance Corps?
(Blog post here: http://www.lukeyishandsome.com/2010/08/today.html)
Well, Mr Luke is going to do it again today!
So there was Mr Luke, as usual, in front of his laptop happily surfing the internet at 1am in the morning. Mr Luke, for your info, has this strange tendency to keep refreshing all his tabs in his internet browser now and then, hoping to see some new notifications or news the minute it pops up. Among the sites opened by Mr Luke in the multitude of tabs include Facebook, Gmail, Twitter and a variety of blog sites to help Mr Luke keep track of the visitors to his narcissistic  perasan blog, LUKEYisHandsome.com.
Just as Mr Luke was about to hit the refresh button for his Gmail account for the #67356127635 time, he noticed an email with the title Eusoff Hall Dance Audition Results. "Could it be?", Mr Luke thought. After all, there was a lot of good dancers that auditioned alongside Mr Luke on that day and Mr Luke had not put too much faith in getting into the dance corps that was filled with capable dancers while he was just an old uncle with wooden limbs. Mr Luke was also reminded of an email that he received precisely one year ago with the same title.
"Thanks for coming down for the audition, but we are sorry to announce that you did not make it into Eusoff Dance. Try again next year!" was the first line of the email. It was not the only email Mr Luke received too. In fact, Mr Luke received two of the emails asking him to try again next year as he went for two separate dance auditions. Two!
Try again next year, Mr Luke eventually did. With a thumping heart and as much optimism that he could muster, Mr Luke moved the cursor over to the title of the email. He closed his eyes and clicked.

We are pleased to inform yall that you guys have MADE IT THROUGH OUR EUSOFF DANCE AUDITIONS!!!! *APPLAUSE*

He made it! Mr Luke actually made it! And the next thing he knew was wanting to shout on top of his voice, take off his shirt and do a naked run around the hostel.
Turns out that if you do not give up and persevere, no matter how much failures you had to endure, turns out that you can actually achieve what you wanted to. Just like what Mr Luke read from his psychology textbook. The difference between a successful and a normal person lies in the way they cope with a setback in life.
An average person, when faced with a setback, gives up and blames it on his/her genes. That he/she do not have the inborn traits require to be good at the thing that they want to learn. They view the abilities to excel as a gift or talent, you either have it or don't. Successful people, however, view setbacks as a sign that they have not trained or tried enough. To them, the ability to excel is not in the genes or brain. Not something set in rock. It is a skill that they can improve on if they keep on trying and only if they want to. So when met with failures, a successful person does not gives up and blames God or the genes, he/she tries harder the next time to achieve his/her goals. And that's the difference.
Mr Luke needs to learn more of that quality. Refrain from saying that he do not have the talents and he is just a normal person everytime he is met with failure but instead choose to try harder and remain optimistic under all circumstances. And above all that, believe in himself. Perhaps one day, with sufficient training, Mr Luke could dance as well as this guy too. 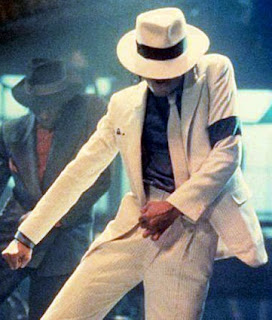 Yeap, never give. And Mr Luke hope you too, will not give up no matter how tough a situation can be. As long as you believe, nothing is impossible. Cheers =)
Labels: Eusoff Hall Life's Philosophies