Dear bloggie,
Today Yesterday was an insanely awesome day. Awesomely tired, awesomely exhilarating, awesomely fun and awesomely awesome. Aside from the usual boring class of childhood that i had to attend every Friday, i also had the chance of attending a bash organized by NUSSU titled Project X later in the night. Watched an awesome dance performance by Eusoff Dance (video here) and after that Funk Faction (video here) which were quite scary in this amateur dancer's eyes due to all the stunning moves awesome choreography. If i have the chance, one day, i would love to be on the stage too together with them dishing out some funky moves to the screams of pretty female fans. *winks* 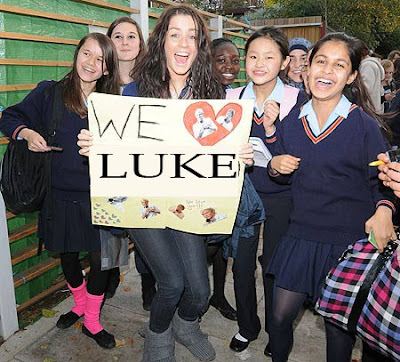 Immediately after watching the performances, i had no luxury of staying back due to a SMS that i received from my fellow block mate notifying me about the lack of runners for the Inter Block Games Road Relay competition. As a responsible captain, i rushed back straight from the bash and did a Superman costume change to my sports attire. Faster than a speeding bullet i would say, or in my case, a half drunk Lukey. No thanks to the alcohol from the bash.
And so i ran. "How hard could running get?", i thought. Boy, was i not prepared for the situation of being left behind just at the start of the competition. Before i knew it, there was i running alone while the other runners were few hundred kilometers in front of me. So much for faster than a speeding bullet.
I held on. I pushed my body to the limit with a thought running in my mind saying that as a senior, i must at least save some face and not get last among the freshies. I tried. And at least i finished together with another person for the final place, so it was not that embarassing. But boy, was i wanting to faint that time.
Next up on my to-do list, EHOC Programmers outing to watch Step Up 3! 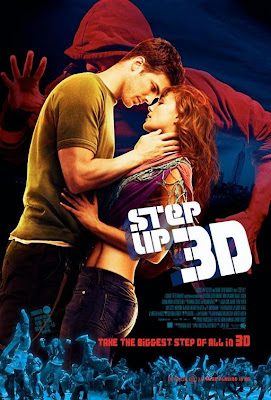 Although i'm already half dead trying to catch my breath back, still i went. And i must saym the movie is awesome! Will do a full movie review tomorrow when i don't have so much alcohol and tiredness stuck up in my system.
So yeah bloggie, there goes my day. And oh, did i forgot to mentioned that we went McDonalds immediately after the movie? Because we did. That pretty sums up my day i guess. Bash, run, movie and McD. How's your day?
Labels: Life Updates Rantings