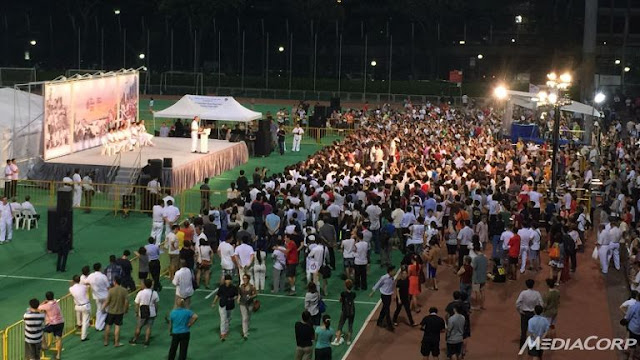 I have been following the developments of Singapore's GE2015 campaigns very closely. One, because it's part of my job working at a socio-political website, and two, because I find politics interesting and intriguing. It allows one to observe how human decisions are made en masse and because politics does affect our life, whether you like it or not.

Another reason why is because the issue of foreigners has been blown up quite strongly during this election. You have parties who declare that "foreigners are snatching job from Singaporeans" during their rallies, followed by equally passionate calls to "kick them out". Naturally, as one of the "foreigners" who is already the bogeyman for a lot of problems in Singapore, I am worried. The outcome of GE2015 will undoubtedly affect me, whether I have a say in this or not.

Of course, by declaring that I am a foreigner, I realised that I have effectively nullified any rights of me commenting about this election. After all, I have not been through the "system", not moulded by the "culture". I've not done NS and that fact itself is already more than enough to earn me looks of disdain from a lot of Singaporean males. But I needed to qualify this first before writing this post, lest someone decides to "CSI" me.

If you're a Singaporean who hates foreigners like me, who thinks that I am here to snatch your jobs (which I can sincerely tell you that I don't have that kind of intention), I would suggest you stop reading now. Because what I am going to do here is to give my honest thoughts on my observations on Singapore's GE2015 and to a larger extent, Singapore's social and political discourse, which I have been closely following.

Once you have already have this negative image of me in your mind, I suspect that no matter what I say, it will probably be viewed non-favourably. So to save everyone's time, it's best to stop reading now. For those of you who don't mind, please continue reading (my previous managing editor will most probably kill me for the long preamble). 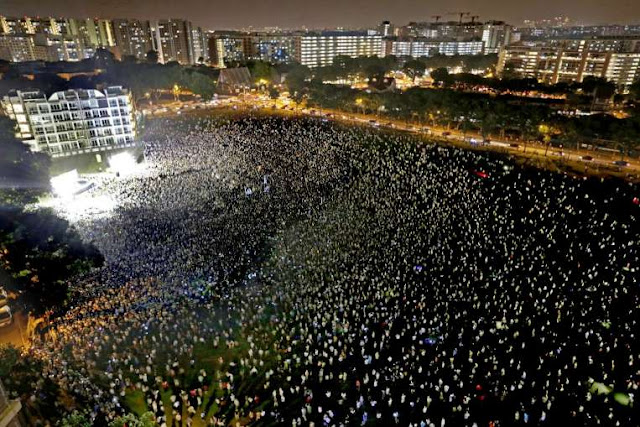 One thing that I've noticed in this election is that a majority of Singaporeans are unhappy, angry even, over a lot of things. People are angry over the state of the transport; the rising cost of living and income disparity; elitism and the disconnect between those in power and those who are not. They claim that the government is not listening and arrogant. To top it all off, to some Singaporeans, foreigners seemed to have become the bogeyman as well.

The opposition have done a great job at capitalising this anger and unhappiness so far. You don't have to look far beyond the crowds in the rally. Based on what I am hearing from friends and people around me, a lot of them are unsupportive of the current government. And they are planning to use this election to "punish" the government, to voice their displeasure. The government needs to be taught a lesson, as how some put it.

While there are those who argue that the crowds and social media voice should never be the indicator of the real ground sentiment, I have a strong feeling that it is not very far off.

Truth to be told, the PAP is not perfect. As they say, staying in power for too long is never beneficial. It has the risk of corrupting you, of giving you this false sense of invulnerability. And I do admit that the PAP can improve in a lot of areas. Transparency for example, explaining the rationale behind their actions and policies, and accountability as well. Voters today are no longer like voters of yesterday, where they trust you to carry out your mandate to the best of your ability. They want to be convinced, they want you to persuade them. The message could not be repeated enough: The days where government knows best is over.

Singaporeans want to know why the government choose to go down certain path, make certain decisions. It may take a lot more effort and time to explain certain policies, but if you choose to keep quiet or just give vague explanations, suscipicion will pile up, and that will only lead speculation, often on the negative side, from the people.

Then there's the issue of elitism, the disconnect between those who are in power and those who are not. PM Lee couched it in terms of a "natural aristocracy", which in turn backfired horribly, because when people think that you belong to a group different than theirs, they're more likely to dislike you. Statements like the cardboard comment from Minister Tan Chuan-Jin, although may not be intended that way, only serves to bolster the impression that ministers are "out of touch".

While the above mentioned factors can be seen as good reasons to vote against the incumbent, the question is whether the oppostion can provide a credible alternative to the ruling party. Looking at this election, at least from the crowd reaction during the rallies and from social media, I have a feeling that this election will be decided primarily through feelings. Are we angry or disappointed enough? Or are we grateful or fearful of the unknown? I don't have the numbers, but I have a feeling that a lot of Singaporeans will be voting using their heart rather than mind.

Which can be dangerous, at least in my views, because I believe that protesting only for the sake of protesting can be dangerous. Out of the eight opposition parties out there, how many of them are truly capable or serious enough to lead? How many of them actually have a viable plan to address the issues faced by Singaporeans, rather than just trying to capitalise over the unhappiness that Singaporeans are feeling? How many of them actually bother to put forward a manifesto, which in my opinion is the gold standard, despite the amount of effort needed to understand it, to judge the calibre of any political party.

I can stand and complain and shout all day, but without a concrete plan to address the problem, the problem is not going to go anywhere. You cannot just shout and complain an issue away. And that's not the only consideration.

Out of all the parties that put out the manifestos, how many of the manifestos are actually defendable concrete plans? Mind you that the ideal manifesto outlines how your tax money is going to be spent, and without a concrete plan, a lot can go wrong in a measly five years. For a small country like Singapore, going wrong means there is going to be a high price to pay. How many of us actually bothered to study the manifestos, and bothered to discuss and debate the various initiatives? Can a minimum wage system really address proverty? Can cutting defense budget really help Singaporeans lead a more affordable lifestyle without sacrificing sovereignity?

Of course, we can say that we are not equipped enough to handle such an in-depth discussion but even on a national scale, not much has been debated on the issue. Only a few politicians have come up so far to really rebut the points and suggestions concerning proposed policies (Tharman for example, and Gerald Giam when defending the minimum wage), but a lot of others have been focusing on other issues. Issues like trust, integrity, town council management skills, arrogance, anger and a dissapointment, just to name a few. While feelings are important, they should not be the only basis of how we arrive to a decision.

Sometimes I cannot help but feel that we're just voting for the lesser evil this election.