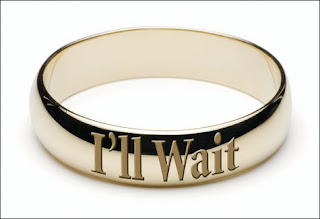 A friend told me recently that it's normal for a guy to want sex from girls once they reach a certain age or when they "mature biologically". It seems that when guys reach a certain age, there will be this sudden activation of some mechanism inside us that will make us thirst for sex. It's almost as if that this is pre-determined biologically and that we have little control over it.
Or at least that's what my friend said.
Me and my friend happened to venture into this topic because were talking about relationships nowadays and how guys generally have nothing but sex in their mind when it comes to relationship. And how it is normal nowadays for couples to engage in pre-marital sex because everyone does it and for guys, it's an inborn need. Blame nature for making us this way, if you will.

Even more surprising is that instead of a guy who is making all these claims to justify his behaviors, the friend who told me this is a girl. A girl telling me that it's normal for me to request for sex from girls once I reach a certain point in my life, despite what principles I may have. Weird, right.
But of course, who am I to argue against the norms of the society today? After all, sex is nothing but a harmless "exercise", provided if you take the necessary precautions. What's the point of waiting until you get married if you could just do it now? Besides, the earlier you engage in sex, the more fun you will have right?
I don't know.
All I know is that I just happen to be one of the few crazy guys left in the world that believes that if you really love someone you would have no problem waiting until marriage. A crazy guy that believes that you if engage in sex with a girl before marriage, the whole relationship would turn into something other than love. Like lust. And that once you start, you cannot stop. And a crazy guy that still believes that sex is something sacred from which a life can be produced. Imagine a life being you and me.
But then again no one in their right mind would think like this nowadays. As long as you get to enjoy yourself, who cares? Only idiots would care about principles nowadays.
But there's this guy here who thinks the same way as me and compared to me, he is able to put forward a much more convincing argument. Why should we wait?
The answer here: http://makeitmad.com/2010/09/29/christians-are-partying-harder-and-having-better-sex-than-you/
Adios.
Labels: Love Matters Random Rantings