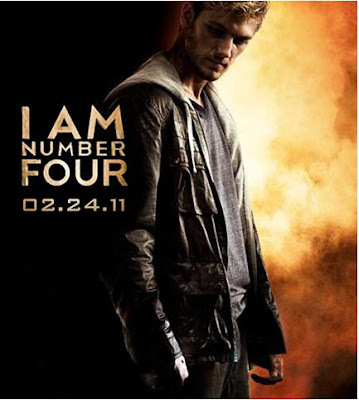 Why should I win a pair of tickets to I Am Number Four preview screening?
I guess I could say I am a movie fan and watching movies is my favorite pastime. Or I could say that the  movie is produced by Michael Bay, the director behind films like Armageddon and Transformers, and going by his standards, movies under him are seriously worth watching. Besides, the film looked really good from the two trailers that I have seen
But I guess those reasons would be too common and I would not really stand out if I used them.
How about if I say that I'm totally in love with the lead actor, Alex Pettyfer? He's handsome, hot and was once ranked #21 as the sexiest guy on Earth by UK magazine Glamour. 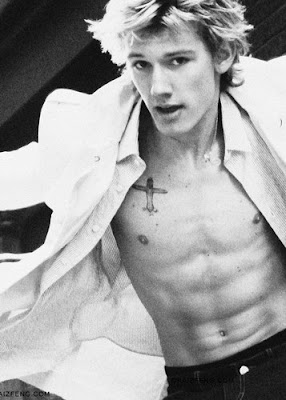 Being able to catch him topless in the movie is more than enough to give me a valid reason to watch the movie. And that tattoo on his chest? It's just so sexy! I think I will just watch him alone for the whole show.
Wait, I forgot I'm not a bimbo blogger. And I would really much prefer a female in the topless role. That's another reason I have to cross out I guess.
How about something to do with being handsome? The star of this show, as I mentioned, is quite handsome after all. Me on the other hand, happens to own a blog with the word "is handsome" in it. So I think both of us would go quite well, don't you think? Besides, events like this, the preview screening, should have handsome bloggers gracing this event too. Makes it more livelier.
But I guess being as handsome as Alex Pettyfer wouldn't be a really good reason too on why I should win the pair of tickets. I have been using "handsome" as a reason for almost all the blogging competitions I have entered so far and I guess the judges at Nuffnang is pretty sick by now from reading the excessive amount of self-praise handsome-ness from my blog. So this reason is out too.
Or can I say that I have not really been to a movie screening before organized by Nuffnang and I would really love to go? Like they say, you have never truly been a blogger if you have never attended events like this before. And after blogging for more than 5 years already, I think it is time for me to step out and take a look at the bigger world of blogging.
But then again, that doesn't qualify as a reason good enough to win the tickets. And I could say that too for every movie competition I wish to participate. Out.
Okay, to be honest, I really do not have any extraordinary, kick-ass and awesome reason on why should I win a pair of tickets to the movie screening. Most of the reasons out there will be used by other bloggers like 561243 times already and it would be really hard for a normal blogger like me to stand out.
Can I just say that I should win the pair of tickets to the movie screening just because I cannot come up with a reason good enough? Unique what.
And guess what, I'm the Number One blogger to say something like that!

Oh and by the way, you can catch I Am Number Four Movie starting from 24th February 2011 and join the official Disney Studios Singapore Facebook & Twitter page too! Have fun!
Labels: Blogging Competition