I make it a point to try out as many stuff as I can before I die. Like they say, live life to the fullest right? Which is why I love to try out new and novel experiences. Chingay happens to be one. 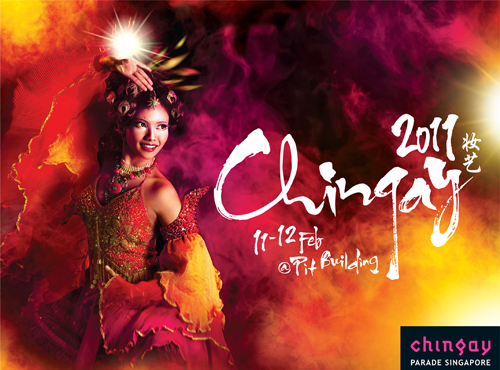 If you have not known, Chingay happens to be one of Asia's grandest float parade that takes place every Chinese New Year in Singapore. Spectacular fireworks, awesome performances put up by various organizations and dazzling floats are among the stuff you can expect from Chingay. And this year, 2011, Eusoff Hall was given the honor of representing NUS again in this grand parade under the theme Estrados. And I happened to be one of the dancers representing Eusoff Hall!
And I must say, as a performer for Chingay, it is completely new experience for me as you're not performing on stage like any usual performances. Instead, the audience whom you are performing to happens to be just a few meters in front of you, separated only by a barricade. It's so close until you can literally walk up to them and shake their hands or ask them for their phone number. 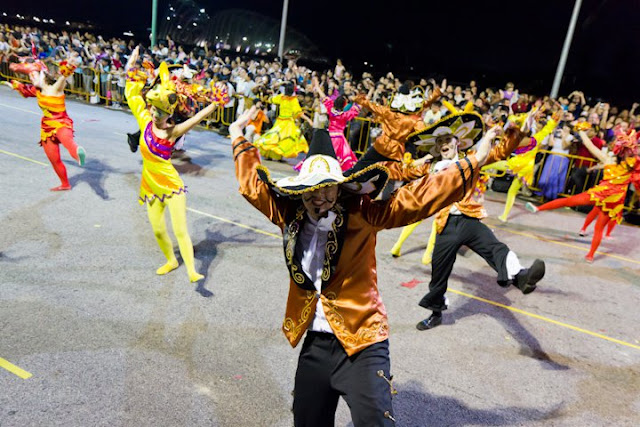 I must say it's quite intimidating at first. In a normal stage performance, it is very normal for you to be not able to see the audience when the light goes on. Which is good because you can't see what they are up to or whether they are laughing at you because you just forgot your steps. You don't know. In Chingay however, there's more contact with audience as you're able to see them up close. Forget a move and instantly you see the people in front of you smiling and pointing at you. 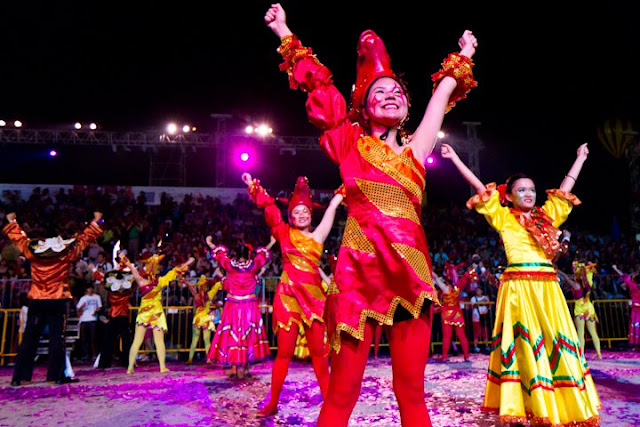 But still, a good thing about Chingay is that almost every performer is treated like a celebrity. Even Brad Pitt does not get as many cameras pointed at him in one night compared to us Chingay dancers. The whole 18 minutes we are on the track, people kept taking photographs of us and video-ed us like crazy. Not to mention that if you high five the audience, they will go all nuts and shout "Ohmygosh he high fived me!".
I must say that I enjoyed myself a lot.
Aside from the awesome dance experience, there's also the spectacular fireworks display that they put up. Not forgetting the dazzling closing finale. No wonder they used the word "grand" to describe Chingay. Where else could you see fireworks, dances, balloons, confetti and floats all at the same place? 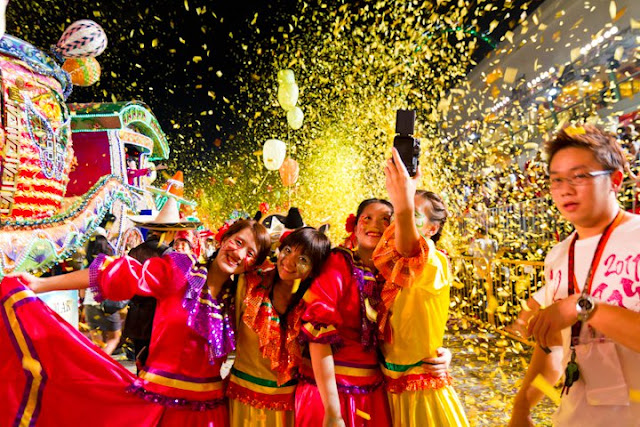 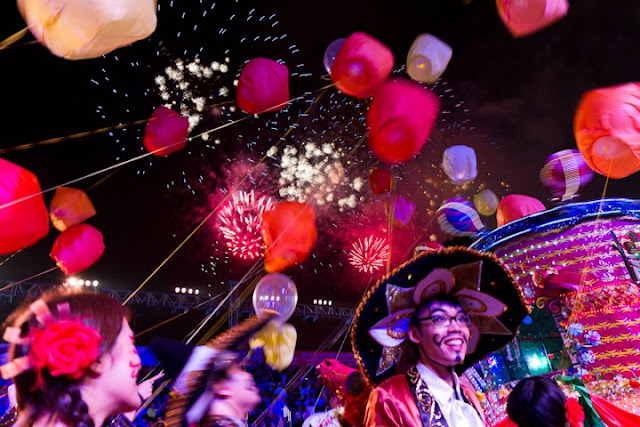 The only sad thing is that I did not get a chance to see other performances in action though. I would really love to see the bikini aunties dancing, to be honest. But oh well, I guess there's always next year where I can go as a audience. I hope they will still have the bikini item though.
In short, I would say that Chingay rocks!
P/s: The above photos are all taken by Keith Chong for Eusoff Hall's Chingay coverage
Labels: Eusoff Hall Life Updates Special Occasion