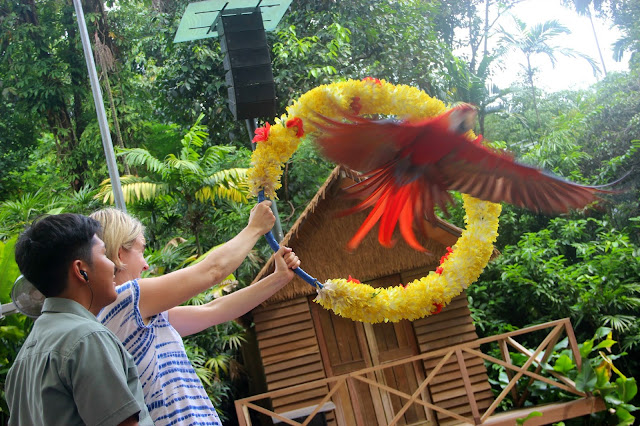 Jurong Bird Park. I am not sure about you but I have always had this vague impression of it being not as impressive as the different parks/zoos attractions in Singapore. Dawn shared the same sentiments too, which was why we never really given it much of a priority in our list of Singapore adventures. But one thing led to another, with that thing being this rumour we heard that admission to the park is free as part of the SG50 celebrations (it's false btw), so we decided to drop by the park to see how much it has changed and to just strike it off our bucket list.

Surprisingly, what started out as a trip with almost no expectations turned out to be one of the best trips that I have experienced in Singapore. Maybe the no expectations part helped, but I also think that it may be due to the immense improvement that the park has undergone since the early days when I was last there. 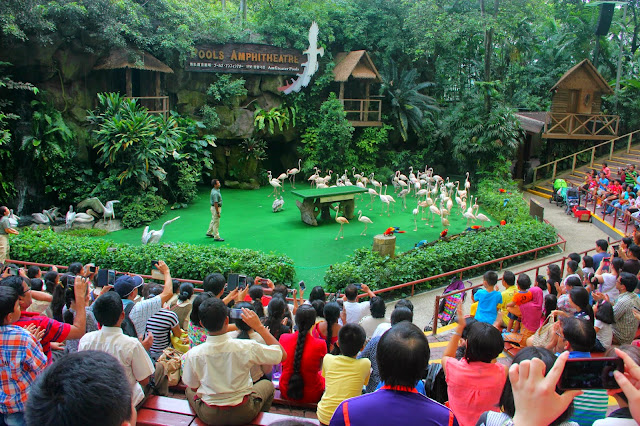 If you think that a park that only features birds may not have a lot to offer, you are jolly well wrong. The park offers a huge variety of birds that you had no idea that they were related or existed, from the colourful ones like the parrots to the big ones like the ostriches.

Much like its better known cousin, the Singapore Zoo (which I think is managed by the same agency), the park is split into various sections that group different species together, with different themed attractions as well. In a way, it makes the visit much more organised — I am OCD like that, I like things to be neatly categorised — and more educational as well. You get to see how different birds are classified according to the behaviours and learn more about them at the same time as well.

To be honest I had no idea so many species of birds existed before visiting the park. 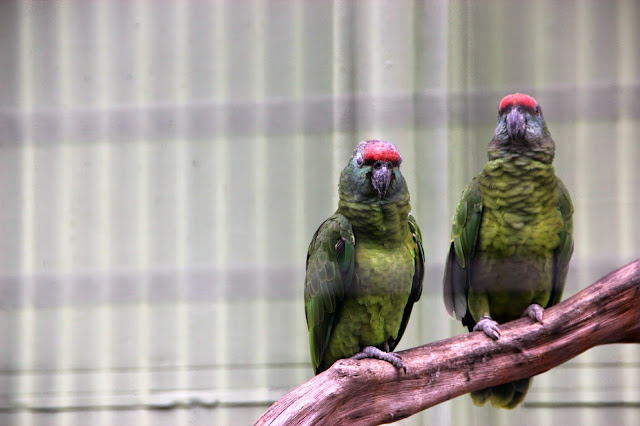 If you're someone who enjoys watching how the birds interact with humans and sitting down, the two signature shows of the park is quite entertaining and informative. The birds fly very close to you during the show as you watch them perform different tricks and moves that are quite amazing. For example, there's this parrot who can belt out an entire song over the microphone. Unfortunately, it has a better singing voice than me as well. 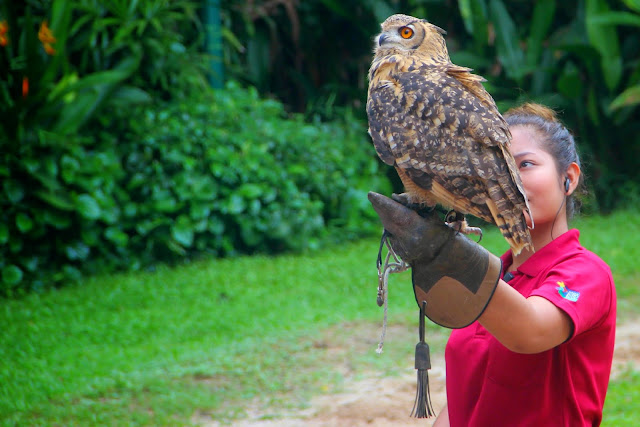 What Dawn and I liked the most, however, was the two signature attractions of the park that offered visitors a chance to see the birds up close and perhaps have a few land on your hand as well.

My personal favourite was the Lory Loft, where you stand over nine storeys tall on a platform over the ground, with birds flying all around you. And the best part? If you're willing to pay a small fee of 3 SGD, you can be your own birdmaster too, with birds flocking all over you without feeling at least a bit of anxiety. Heck, you may be the one who ends up feeling intimidated and scared all over.

These birds are friendly I tell you. Over-friendly. 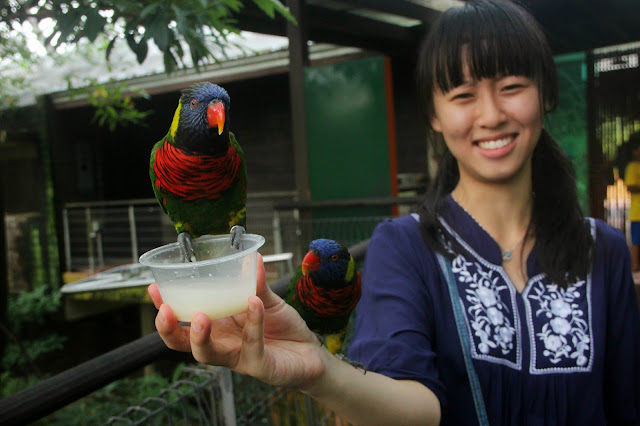 Personally, if you don't mind the birds crowding over you like you're some superstar, I think the feeding experience is the best out of the entire park's attractions. How often do you have colourful birds landing on your hand and refusing to fly away?

How often do you get to pretend that you're a pirate with a parrot on your shoulder? 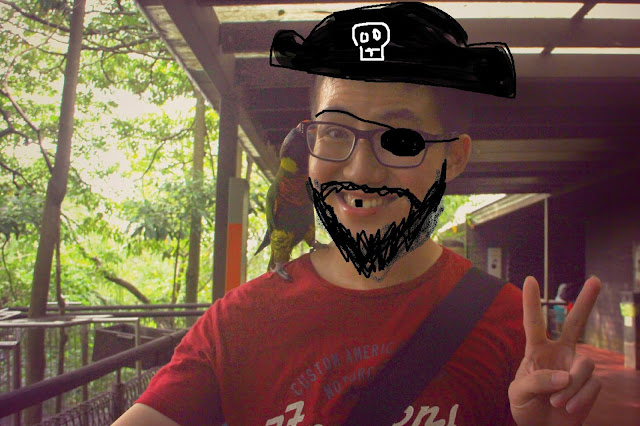 Sorry, I got carried away there.

Still, our initial plans of just checking out the park and not spending too long a time there turned out to be almost a full day trip from 1pm to 6pm, with us skipping a few exhibits in the end as well as there was not enough time. The park was as big as the zoo, I thought. It was quite an enjoyable experience and if it has been more than a decade since you visited the park, I would advise you to drop by the park and to see for yourself.

And biggest takeaway? Dawn now knows that penguins are birds too.