Twenty Random Thoughts #230315: Of Lee Kuan Yew and Beyond Earth 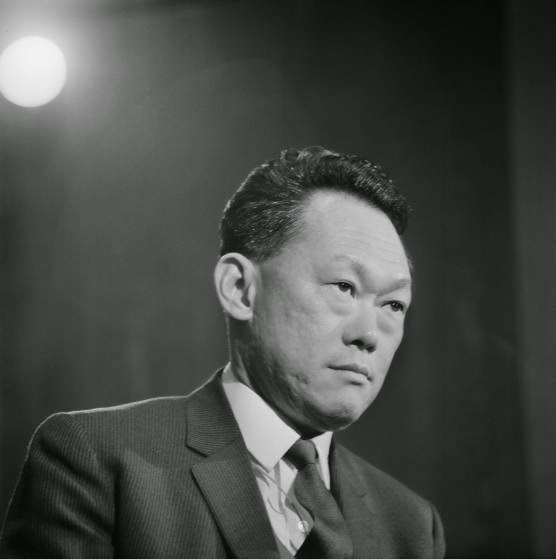 1. So Lee Kuan Yew passed away today, at the age of 91, after stirring much talk and discussion online for the past few days. It's hard to miss it though, the news of him passing was like practically everywhere.

2. To be honest, I don't know why I am penning this blog post down about him though. I guess maybe because since everyone is doing so, I wanted to join in as well. Or maybe because I wanted to say something too, seeing how his name was a big thing when I was growing up.

3. Still, I will admit that I am nowhere near qualified to make an expert comment and the focus is very limited to what I have experienced, and I won't pretend that I know a lot. I guess this post is more of a personal reflection than anything.

4. I guess after reading tons of articles of him over the internet, it's pretty hard not to ignore the effect that his death has. Even in his passing he still created such a ripple, with people and organizations everywhere penning down their thoughts for him. Like it or not, this is his legacy, and no matter what you think about him, you cannot deny the profound influence that he had, both in this small island nation and beyond it.

5. I grew up believing Lee Kuan Yew to be somewhat like a bad guy. It's hard not to though, especially when the place I grew up in was in Malaysia, and the then prime minister was Dr Mahathir Mohamad, who is somewhat like a rival to LKY. Of course, the Malaysian textbooks didn't help much either.

6. The common narrative that we Malaysians usually got was that LKY was a cunning man who schemed to break the racial unity in Malaysia, which was why Singapore was kicked out from Malaysia. As a student who did not know much, I believed the story that was fed to us. That Malaysia was better off without LKY, that Mahathir was a better leader.

7. Of course it did not take me long before I realized how the opposite was true, after stepping into Singapore, to further my studies and perhaps to find a better life.

8. I remember the first few things that caught my attention when I stepped into Singapore, things that seemed so vastly different than Malaysia's capital city, Kuala Lumpur. One was the trees, the lush greenery that seemed to cover the entire city. Second was how tall the buildings were, and how everything seemed to be built upwards. And third was of course the MRT system, which seemed to run effortlessly and efficiently.

9. I don't know how many people may notice this, or it may seem like a small matter, but for me I find the trees to be an ingenious and important feature of the city. Travelling around the city on the roads, one is bound to see the collection of trees that line the sides and center of the road perfectly. Even on the expressways the tress are plenty, a far cry from Kuala Lumpur and Ipoh, the city that I came from.

10. I don't know how you feel about greenery, but to me, having so many trees around helps in keeping the city fresh and pleasant. Especially in a tropical country. Comparing with KL or even Ipoh, where there are far less trees and a whole lot more vehicles and building, Singapore feels less "choked". In KL and Ipoh, whenever the sun shines down, you can feel that you're like trapped in a concrete oven, with all the dust and smoke. Maybe it's just me, but I find living to be much more bearable with more greenery around. In Ipoh and KL where I dread to walk outside because of all the amount of pollution that is going around, walking outside in Singapore feels more relaxing. Fresh.

11. Out of all the ASEAN countries, I can tell you that not many had the foresight to insist on planting trees as the city develops, an initiative that perhaps borders on obsession, but I can't begin to stress how different a tree could make a city feel. Just take a step into Manila, Jakarta or KL, and see the difference. How the presence of greenery could significantly change how a city feels.

12. Another thing that I find admirable about the island was its obsession to build upwards. And that itself is really important in city planning. Comparing back to Ipoh and KL again, you could see the city often expanding horizontally instead of vertically, going wider and wider as the city develops. It's a scary thing though, as you see more and more residential areas being build, all of them landed property since everyone wants a garden in their house. As the city grows wider, so does the time it takes to travel from one point to the other, not to mention all the side effects that could follow from a rapid deforestation.

13. It is only in Singapore that you find such a strong emphasis on saving space, in making the most use of land by building everything upwards. Just to use an example to illustrate my point, just try to store stuff in your room without using a cupboard or any form of shelves. You will find that you will run out of space pretty quickly if everything were to be put on the floor.

14. Like him or hate him, you cannot deny that LKY had incredible foresight before his time. In the push for greenery and vertical city building for example, he foresaw problems before it happened, and prepared adequately for them. He tackled the problems before they even happened, where most people would only address the problems when they crop up. Heck some don't even notice the problems until too late. Just take a look at Malaysia and you'll see, where the urban development is pretty much going to the drain. Three hour traffic jam, the acrid air (okay lets not talk about the haze contributed by Indonesia) and messy urban planning, those are the problems that Singapore does not have to face, as a result of rigorous forward planning.

15. Sure I might be giving LKY more credit than its due, but it takes a certain amount of character and fortitude to be able to build up a small city into a thriving metropolis. Sure this might be all hindsight bias, and we may never know how Singapore would have become if LKY never became the prime minister, but looking at how the neighbouring countries have been struggling all this while, it's very hard to say that he did wrong. Only recently did Indonesia began to catch up with the election of  the new president, Jokowi.

16. Sure there's the discussion on the whole human rights and free speech thingy, and I guess you could never justify that, and that at the end of the day, perhaps the end (economic stability) justify the means (a pseudo authoritarian approach). With that being said however, it would be interesting to see where Singapore is headed next.

17. One thing is certain though, that the country was practically moulded according to one person's vision. LKY's leadership was certainly more of a charismatic one, where he is the face of the system, rather than a set of faces. But when you have such a prominent representing figure, when the person's gone, there's bound to be this sort of emptiness after his passing. And it would be tough for another figure to fill in his shoes.

18. His legacy remains in the system and the policies he set up though, and hopefully it would be more than enough to continue to steer the country forward. And it's time to look to the future.

19. On another note, I bought Civilization: Beyond Earth. Worst decision ever. Because my life has been reduced to "Just. One. More. Turn."

20. And it's work again tomorrow. Hopefully this pesky headache will be gone by then.