When faced with hardships, which explanation would you prefer to help you deal with your current situation? That everything happens for a reason or that everything is just a random probability in life? 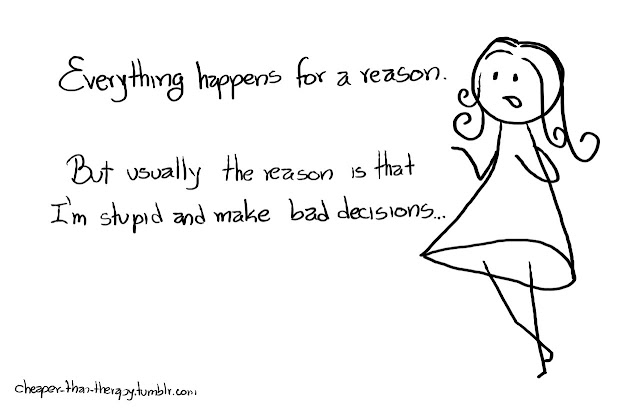 I realized that we humans prefer to choose the former over the latter when it comes to dealing with difficult situations this morning while listening to the sermon. God's will, the pastor would say. Something that we do not fully comprehend but it's happening for a reason. A reason that we all believe will ultimately be in our benefit. Even for those who do not believe in the existence of a higher power, it is not uncommon for them to rationalize hardship in a way that there's a reason behind the hardship that would ultimately help them grow and stuff. Allow me to quote Marilyn Monroe: 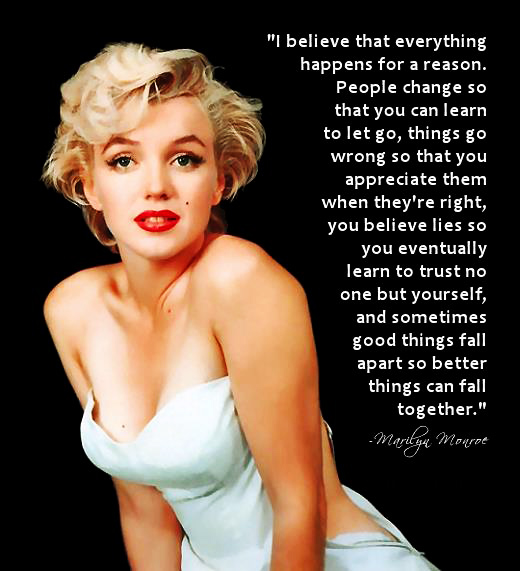 While I was thinking about this, another part of me was thinking about how stupid the entire belief sounded. At the end of the day, attributing your hardship on a divine power is nothing but a circular logic kind of argument. No matter how bad your situation seems, the sentence, "Everything happens for a reason" or "It is God's will" is all encompassing. There's nothing the sentences couldn't cover, even in the bleakest of situation (I don't want to give examples because the situation I'm thinking now is kinda sick), we can try to form a reason out to explain it or we could just simply say, "God's will is unfanthomable" and be on our way.

Of course, due to the circular logic of these types of explanation itself, there are those who would like to make fun of us who tend to subscribe to this type of thinking. I call the the Random Believers.

According to them, life is ultimately a game of random probabilities. No matter what kind of shit happens in your life, for example getting hit by a car and ended up getting paralyzed, or giving birth to a child who has special needs, is random. There's no bigger power behind it, there's no lesson to be learned and at the end of the day, you just happened to be unlucky. Simple as that. They argue that if everything happens for a reason, then every coin flip, every breath, every drop of rain happens for a reason in this world, which when you think of it sounds quite ridiculous. However, if you believe that only some things happen for a reason, then it becomes very subjective too as we can argue all day about what or what not happens for a reason. 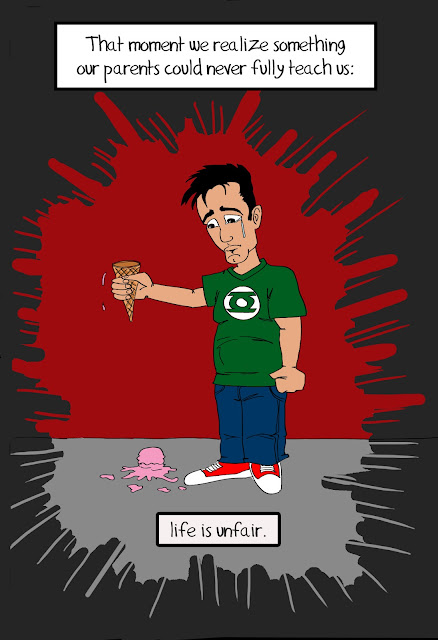 To be honest, the whole time I was thinking about this I cannot help but agree with the Random Believers that at the end of the day, the objective viewpoint is that life is unfair. If God wants to teach us all a lesson, he should make us all go through the same hardship, I mean why only teach some of us a lesson while leaving others scot free? I mean why teach only the kind and caring Dave a lesson and not the arrogant and bastard Keith who is filthy rich but yet freakishly selfish at the same time?

That's when I realize that believing that everything happens for a reason serves a more functional purpose rather than being the absolute truth itself.

To use my life as an example, because that's where I sort of found the purpose of this belief, when I was first offered my current job, I was more than unhappy with the situation that I'm in. Not that I hate the job, but I just find it terribly unfair because others could find a job that could easily pay off their loans in one year while I have to struggle for god knows how long. I was worried the whole time about not being able to afford my own car, my own house and my own wedding in the future and ultimately I ended up being sapped of my energy because I could not just stop worrying about it. In the end, I gave up wanting to care about anything because if life's totally random and do not care about who you are, why bother trying to fight it in the first place? Just let things be and be done with it. I became passive.

It's a far cry from what I used to experience though. Before uni, I used to be a freakishly carefree guy who took everything as they come one day at a time. While my friends were busy planning where to go after SPM (or O levels), I didn't really care about it and just let things unfold by itself. When people ask why am I not worried, I would just say let God take care of it. The same happened during STPM (A levels) and before I knew it, I ended up being in a place far better than my peers, and I didn't even plan to come to NUS a month before the admission intake. 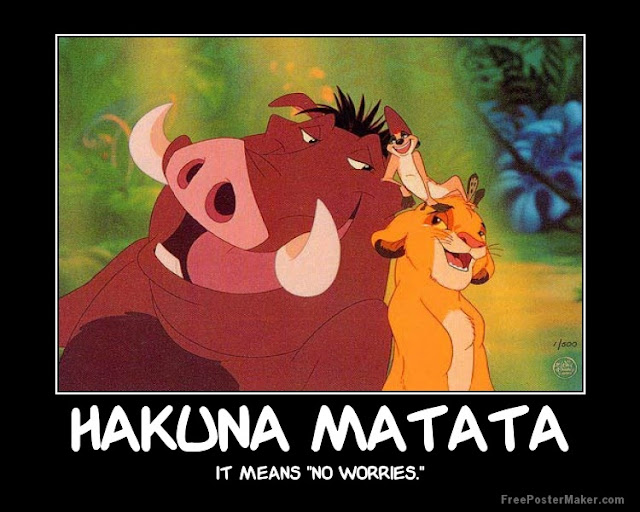 So rather than being the absolute truth, I think that the reason why people would choose to believe that everything happens for a reason is because it gives them strength and it helps them focus. When you're assured that the situation that you're facing now, no matter how bleak it is, is happening for a reason, it'll be much more easier to deal with the issue. Believing that a higher power is taking care of our future helps us focus on today and eliminates our worry, and it gives us strength to continue on even on the darkest days.

Of course, there will be those who will say that choosing to believe in this is nothing but an illusory pill, that truly "enlightened" humans would not need an "imaginary" figure to remain strong in the face of adversity, but I find it easier to believe in the existence of a higher power rather than attributing it all to chance. After all, what's the whole point of being the best we are if all we're gonna end up with is nothing but fading into oblivion once we die? Might as well go rob a store or commit some crime right now because ultimately, there's nothing after death. No hell, no reincarnation, no nothing. Might as well end our life here and save the trouble right?

The message couldn't have come at a better time though. Because I'm already beginning to have doubts and the message that I got today was telling me not to worry, what I am seeing now might have not been what I have wanted but as long as I do not worry too much and trust that this is part of a bigger plan, everything will turn out fine in the end. All I need is a little faith. Perhaps this is what all of us need too.

And yes, this whole debate happened entirely in my head during the sermon.

P/s: I'm thinking of writing messages every Sunday reflecting on the messages I hear in the church too