Batam. A tropical Indonesian island located 20 km away from Singapore. Also the place where I lost my virginity. Alright that sounds wrong. I meant I just had my virgin trip (meaning first time) to a overseas country other than Singapore in my life.

Yes, I have never traveled further than Singapore in my whole life before. Which means that for the past 22 years, the only countries that I have ever set foot on before are my home country Malaysia and Singapore. Kinda sad if you ask me but oh well, I'm not complaining. After all, there's still a lot opportunities in the future when I start working and getting rich. Muahahaha.


To be honest, I never knew Batam could be so much fun though. Maybe it's because we have a friend who is a local as our tour guide (as the rest of us can' speak Bahasa Indon and not many people understands English there). Or maybe it's the group of friends that we went with and the activities we did.

We played poker in which we can put in bets going up to hundred thousands because it is in rupiah. 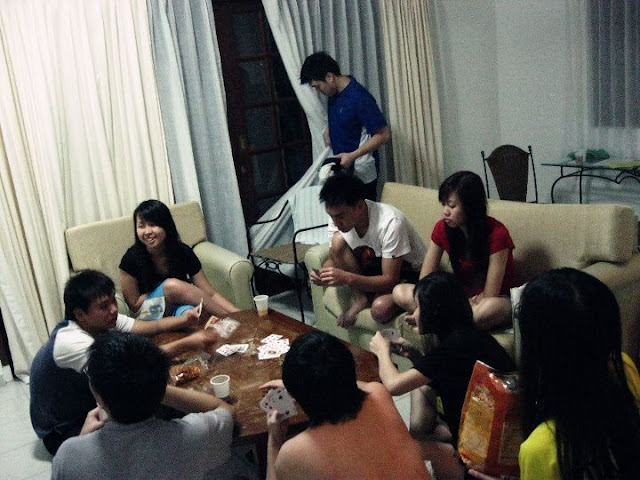 And I won 71000 in total, which sounds totally awesome when you say it.

"Hey, how much you won yesterday?"

We visited the beach. 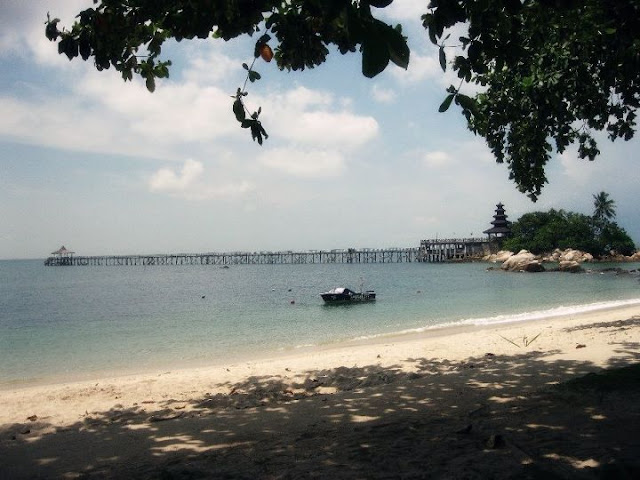 And le guys decided to go on a banana boat, because we all love bananas. 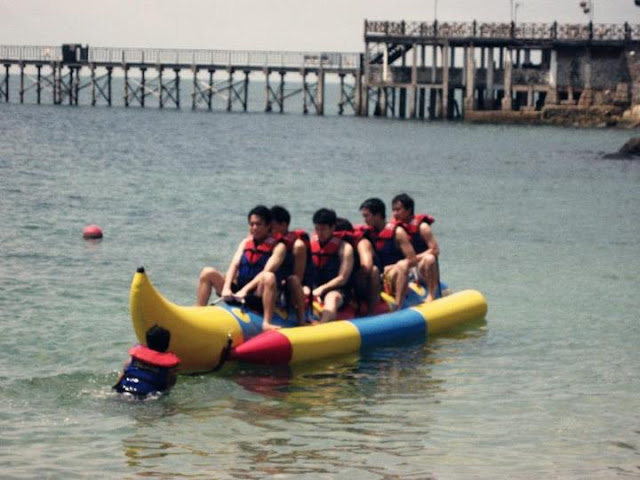 With the exception of me, sadly, because I have clear instructions from my parents not to touch water because of my inability to swim. And also because I preferred orange to bananas. Sorry inside joke.

The beach isn't exactly the best beach that I've seen before but it's acceptable. At least it's still better than the over-hyped Sentosa beaches (yes I have a deep resentment going on for Sentosa beaches). And we did not really go down to swim so there's not much to comment.

We also ate awesome seafood together on a wooden restaurant just next to the sea. 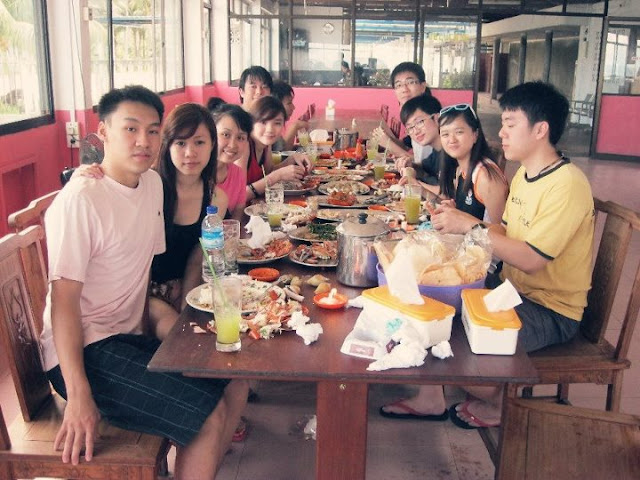 Possibly the most expensive meal I have ever eaten and most probably will ever eat in my life, numerically speaking, unless if I decide to visit Indonesia again or maybe some African countries. One million two hundred sixty four thousand and five hundred bucks. The bill itself is already a millionaire.

And to top it all off, we had an awesome karaoke session during the final night too!

The room even had its own built in bar! 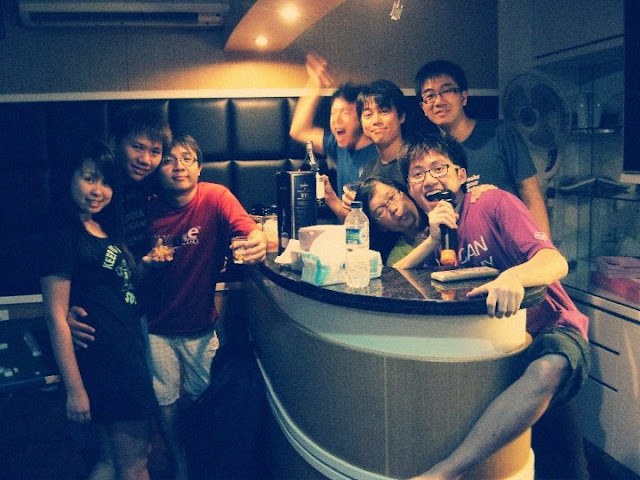 But perhaps the most awesome thing is not the room itself but rather the fact that the karaoke room is not just any karaoke room, but rather a room located in our friend's house. Yes, the karaoke room is part of the house where le friend stays and its not a public commercial one like those you in places like K-Box. Awesome right? Reaffirms my stand that I should get rich one day.

All in all, it was a fun trip. There were loads of cheap food, cheap stuff and tons of fun stuff we did and I thoroughly enjoyed it. Would definitely want to go on a trip like this again.

Oh, I forgot that we also went for massage, but it was very painful for me which is why i did not include it in.
Labels: Life Updates Travel