So Aaron Tan uploaded another video, the 4th one in the Steven Lim vs Aaron Tan saga, in retaliation to Steven Lim's challenge video. Awesome.

When the Steven Lim vs Aaron Tan saga first broke out, I paid very little attention to it. Because after all, to me, the fight between them is just like a playground fight where small boys try to prove who is better than who. And I don't really believe in giving attention whores what they want.

But still, looking at how many people are getting hyped up about this whole event plus the buzz it is creating, it's hard to resist to just sit idly by and watch the rest of the world talk about them. So, armed with only Microsoft Powerpoint and some lame humour skills, here's a prediction of Aaron Tan and Steven Lim fight would turn out, Lukey's way: 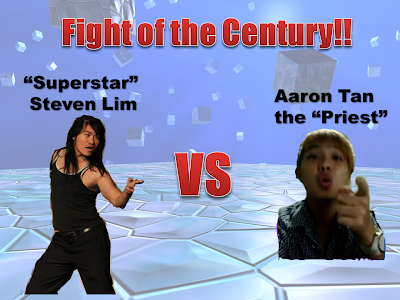 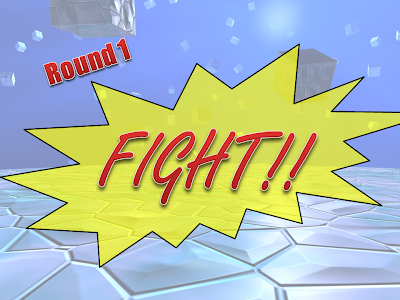 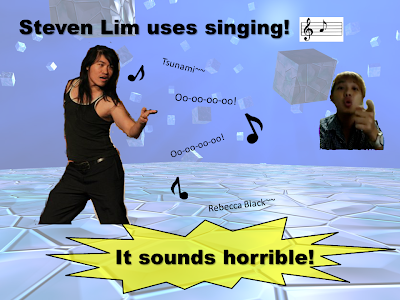 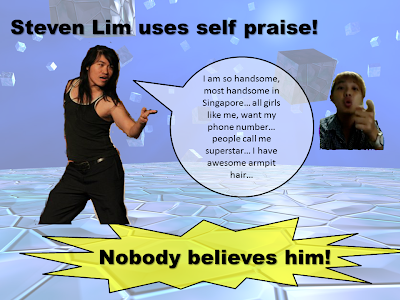 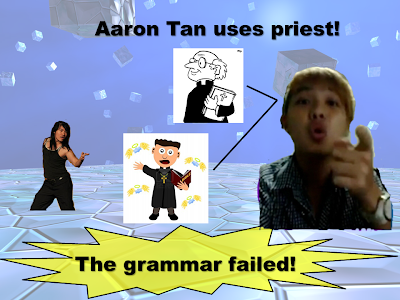 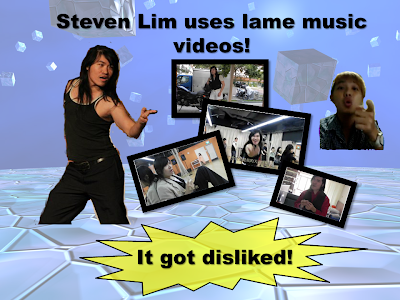 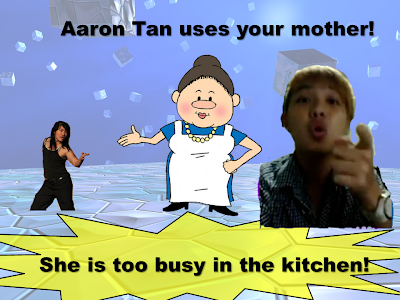 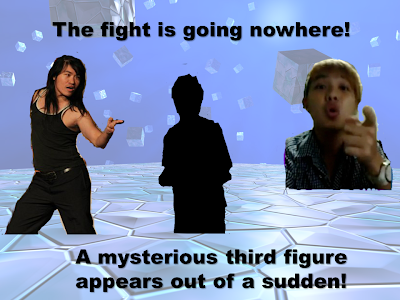 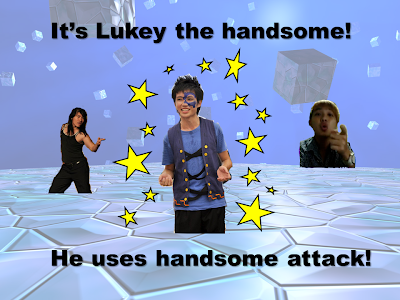 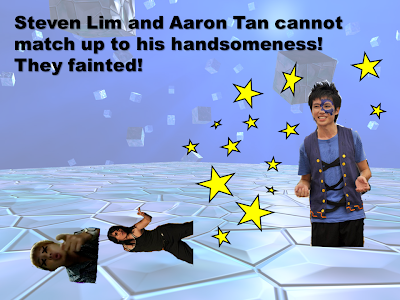 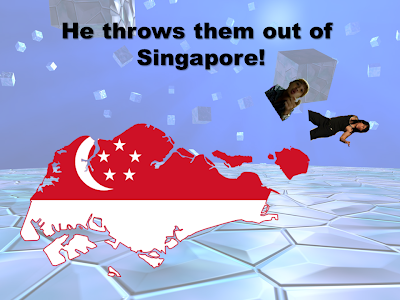 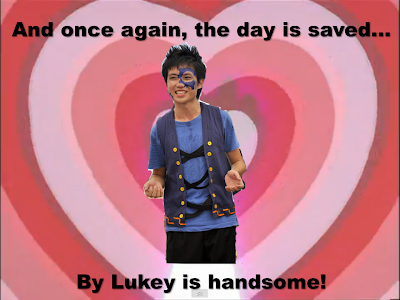 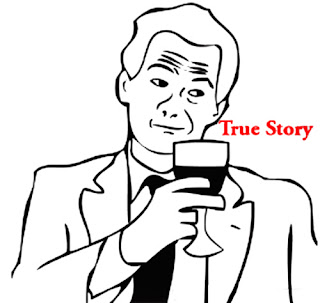 Just kidding. If I were to really go on a one on one fight with either of them, I think I couldn't even last one minute in the ring. Because unlike them, I'm after all just a nerdie blogger who only knows how to shoot people using my keyboard. Steven Lim on the other hand was once a company's best soldier while Aaron Tan is a well experienced Ah Beng (gangster), who must have gotten into a lot of fights before. The only fight experience that I have was when I was 10 with my younger brother over who get to play the Gameboy longer.

I would so die out there in the current state I am.

But with that being said, the pictures up there reflect how I feel in a way. Somehow, I think that people are wasting too much time on undeserving people like Steven Lim and Aaron Tan. So much time that iit has become like a favorite pastime for us. I dunno, maybe we just have too much time on our hands or perhaps we have this intrinsic need to feel good and to boast our self esteem so we do it by comparing ourselves to the likes of Steven Lim and Aaron Tan.

I mean, there are so many more ways to fully utilize time than to watch two small kids fight it out on the net. Even reading textbooks is more interesting. And there's so much important stuff like the uncared elderly, pollution, poverty that we should care about rather than speculate on who will win this pointless fight.

But oh well, I guess this is like the favorite national pastime that everyone indulges in. While Americans watch the Super Bowl, we watch attention whores dish it out on the internet. You can perhaps say that it fosters national unity in a way. After all, common hatred, disgust or dislike for a person can bring two strangers together rather quickly. It gives a people a topic of discussion and gossip when they meet up and that may be the reason why after so long, people like Steven Lim is still here to stay.

What about that. Steven Lim and Aaron Tan as national unity figures. Of course it's in a bad way but still, they're doing a pretty fine job in giving Singaporeans a common topic to talk with each other. Maybe we can have them as figures to study in the history textbook next time.
Labels: Comic Online World Singapore Talk Cock