I Need to Pick a Fight

"Rule 1 of Blogging: Never post too much of your personal emotions, thoughts and feelings online
Rule 2: If Rule 1 fails, buy a diary"

I've been reading with interest the entire Silver Ang versus the world saga lately. After all, it's pretty hard to resist the temptation when the blog posts keep appearing in my news feed and a lot of people on my Twitter timeline is talking about it. Besides, even a local newspaper picked up the news and when a newspaper decides to write about online feuds, it must be a pretty big story so I decided to follow this entire drama to see how everything would turned out in the end. The blogger side of me demands it.
And before I start, let me introduce you to the pretty ladies involved in the whole drama: 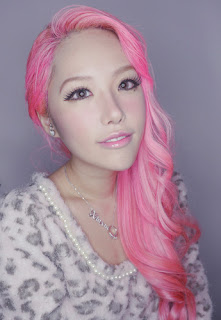 
Update: It seems that both Silver and QiuQiu pulled down their blog posts in the end. Seems that they reached an agreement offline to not fight anymore
Labels: Blogging Online World Rantings Singapore