It's the time of the year again which the children are looking forward to the whole year while the parents are dreading it. The time when red is the in color, shandy is the most popular drink and where big cities like Singapore are void of people. Yeap, it's Chinese New Year again. And this year, it's the dragon's turn to shine. 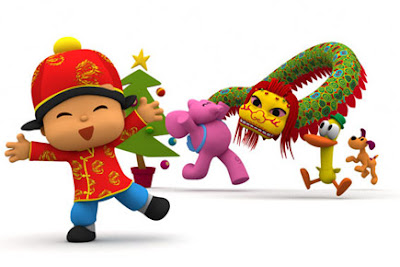 For many of us, especially foreign students in Singapore, Chinese New Year usually represents one of those rare moments where you actually have the chance to go home without any repercussions like skipping class or forsaking your co-curricular commitments because everyone else would be going home as well. And it would also be the time where you can meet the most of your friends from around the world as it is one of the occasions where your mum would kill you if you choose instead to remain overseas rather than going home.

While almost all of my friends are either already back at their hometowns or are halfway through the journey back, I'm one of the few rare souls who out of a moment of insanity, decided that it would be better instead to stay where I am now than to join the millions of other people now flocking back to home.

"How would you spend the time there? Won't you be alone?"

"But everyone else would be back for Chinese New Year!"

Although I do admit that not going back does means less angpaus for me and also some missed chances of meeting my friends, the trouble of going back far outweighs the benefits. For starters, our dear NUS would only be willing to give its already stressed out students only 2 days of holidays (and some of the time there's even replacement classes for the two days) and the traffic jam that you have to go through is just horrendous.

Besides, I hate mixing with people anyway. Not to forget the barrage of questions that your long lost relatives would love to throw at you whenever they see you. For a socially awkward penguin like me, I would much prefer the silence now at my hostel rather than the chaotic scenes at home when I go back. It's not to say that I hate going back, it's just that it's not really a good idea when millions of others are doing the same thing I have.

Maybe I'll just go back home during the march recess week (when NUS graciously decides to give us a week off) and celebrate a belated Chinese New Year then. And not to forget to collect my late angpaus like a loan shark.
Labels: Life Updates Rantings