I used to watch Supernatural when I was back in Malaysia. I had the AXN channel back then and everyday without fail, I would be sitting in front of the TV joining the brothers Dean and Sam battling the forces of evil. The whole hell vs heaven thing never fails to excite me.
But those days were long gone since I came to Singapore. Supernatural has now moved into Season 6 and I've not watched any TV for more than six months already. 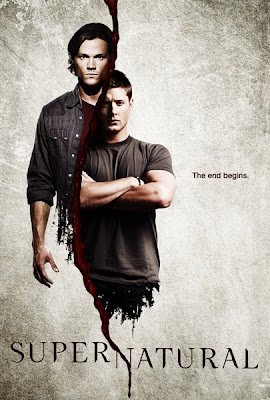 Premiering on AXN Beyond (Starhub TV Ch 525) next Tuesday, May 17th, Supernatural Season 6 will see the return of the two handsome brothers to again fight the forces of evil. Yeah, I know Sam sort of sacrificed himself at the end of season five by locking up himself in hell but like all the shows out there, where's the fun if the hero dies and the story ends right?
Thanks to IMSG and AXN Beyond, Lukeyishandsome.com is proud to share with you, if you happen to be a big fan of the older handsome demon hunter Sam, an exclusive interview with him regarding the upcoming Season 6 of Supernatural. Now don't go drooling over him and flooding my blog for all you girls out there kay? Besides, I would get jealous. 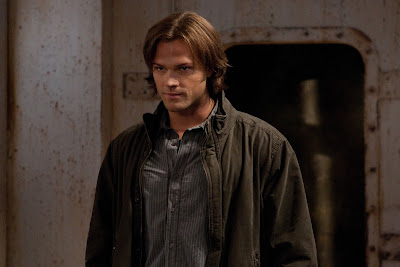 AXN Beyond: So, Sam is in one messed up place right now.
JP: Sam is in a very messed up place, of all the messed up places that Sam has
been, this takes the cake. People always ask me how I want the show to end,
and I say, “I think it would be fun for Sam or Dean to die,” but then I’m like,
“Wait, Sam AXN BeyondAXN Beyond 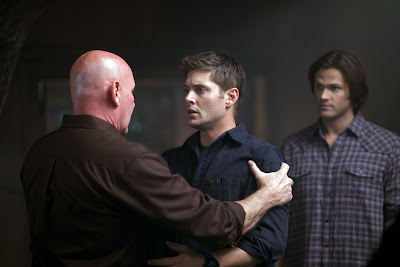 AXN Beyond: Coming into the series, as a whole, did you know you were getting into
this level of religious-type elements?
JP: The series? The whole series? I remember in season 1, I guess – in
“Touched” or “Houses of the Holy” – but it was the first time we talked about
Angels, and Sam thinks he sees an Angel. Maybe it was season 2 actually.
And I remember Jensen and I kind of got into it with (Eric) Kripke, and were
like, “What kind of show are we making, man? What are we doing here?” We
thought we set out to make this show about the monster-of-the-week, or
things that go bump in the night, a kind of 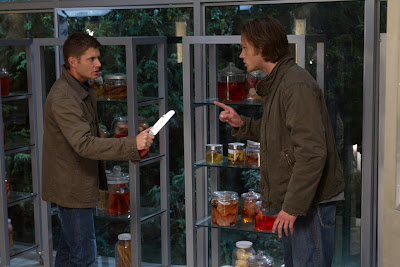 AXN Beyond: We can see Dean trying to live this white picket-fence life, but what is
Sam going to do to get Dean back over to the dark side?
JP: We find out in the premiere episode that a) Sam is back but also b) Sam has
been back for a while. So it’s like Dean comes out of Hell and says, “Where’s
Bobby? I need help. What’s going on?” but Sam comes out of Hell and says,
“Where was I before I was in Hell? Oh yeah, Dean promised me he’d go and
find Lisa then live a normal life.” So Sam said to himself, “It’s a harsh truth,
he’s my brother and I love him but I can’t be with him because I want him to
live a normal life. The life I always wanted.” Meanwhile, Sam thinks it’s in his
best interest to go hunt the things that go bump in the night but he doesn’t
want to take anything away from Dean. He thinks that Dean has earned his
normal life, his normalcy. Not that Sam doesn’t feel like he has earned it as
well, but I think Sam has tried it a few times and whether it’s been a demon or
a werewolf or girls burning on the ceiling, I think Sam’s like, “Do you know
what, I’m not going to mess anyone else up. I’m going to try to stay out of it.
I’m going to get my hunting done, what I’ve been born and raised to do and
move on from there.”

AXN Beyond: ‘Normal’ is over-rated.
JP: Normal is over-rated anyway. He’s gets to go to Hell and Heaven and be
possessed and stuff. Normal’s over-rated for Sam.

AXN Beyond: What monsters are you looking forward to taking out?
JP: I love the fact we are getting back into monsters, but it’s kind of like monsters
on steroids, things have kicked up a notch. We start figuring out that
something’s going wrong. It’s not just we’re hunting a shape-shifter, it’s not
just we’re hunting a werewolf or a Djinn or a zombie – we’re meeting the
Alpha werewolf, the Alpha shape-shifter, the ones who started it all – the big
baddies. We’re fighting “the big baddies”, so it’s a whole other cup of tea,
where we are going back and honouring our roots of the show that we set out
to be, but also kicking it up a notch and figuring out that we’re going to need
help from religion, from the Angels, in doing this. I have always loved shape-
shifters. I loved “Skin”, which was the first time we ever did a shape-shifter
episode. I just love the dynamic of not knowing whether someone is good or
bad. To me it’s more interesting than simple possession because it’s not that
your possessed, it’s that you’re not you. So I hope I get to explore some of
that this year. 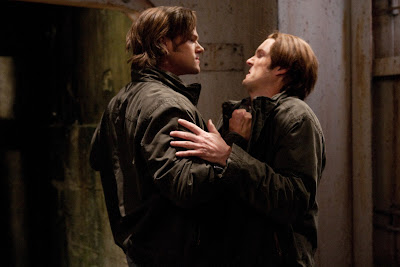 Judging from the interview, I think we have a great season of Supernatural ahead of us. You don't always get a handsome guy returning from hell you know. I wonder if they would include me as their god brother in all those monster hunting? Perhaps I would make a great addition as another handsome monster hunter.
But then again, with my small body and lack of fitness, I think I could only survive one episode before getting eaten alive.
*****
Supernatural Season 6 premieres 17 May 2011, every Tuesday at 9.50pm
First & Exclusively on AXN BEYOND (StarHub TV ch 525).
Credits to AXN Beyond for the photos and interview
Labels: Drama Series