To hold or not to hold?

While on vacation a few days ago with my bunch of friends, a very interesting topic came up while we were having those late at night heart to heart talks about our deepest and darkest secrets. It was about the meaning holding hands with someone of the opposite sex. 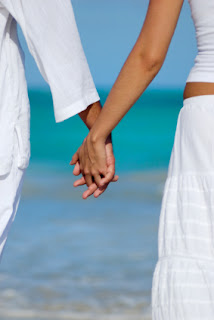 You see, I had a very straightforward and naive idea of the meaning intertwining your fingers with someone who is of a different gender while growing up. To me, for a girl to allow a guy to hold her hands, the guy must be a person that is very special to her and occupies an important position in her heart too. And that roughly translates that once a guy is able to hold a girl's hands, he's as good as her boyfriend already.

Yeap, holding hands is an indication that a guy is a girl's boyfriend alright, at least for me. At least that's what I learned when I was growing up.

But it turns out surprisingly that it's not often the case for many relationships. Prior to coming to uni, I have heard of a few cases before where the girl actually held the guy's hand first while both of them are not yet officially together, lets say in movie or something, but when the guy confessed, the girl rejected him saying the hand holding was merely a sign of friendship. Ouch. 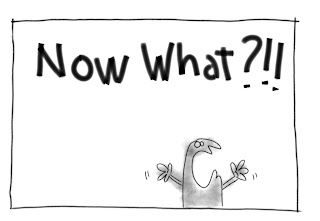 I thought that girls who usually do that are nothing but people who are looking for a short fling and enjoys the feeling of being in love but not committed at the same time. And I disliked them because the guy that I was referring to just now was my buddy and he ended up getting hurt quite badly because of all these wrong signals that were sent by the girl to him. You can't really blame us guys, you know, because nerds like us seldom gets physical contact from girls and when we do, it's natural for us to feel good and develop liking towards the person who is displaying those affectionate actions.

So when a few girls in my clique actually admitted to holding a guys hand before they started a relationship during the heart to heart talk session, i must admit i was surprised. Of course, the story was different in a way that it was the guys who initiated the hand holding first but the fact that they were not yet officially together yet (they never did got together anyway) but still it's still very different from my long standing believe that only girlfriend and boyfriend hold hands. 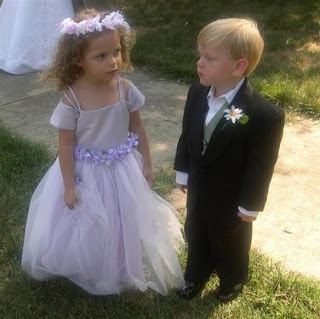 Perhaps this is a byproduct of the so called modernization of our world today. Everyone only cares about feeling good ourselves without wanting to commit or risk getting hurt. Much like being friends with benefits. If I can hug a girl, kiss her and have sex with her without having me to be her boyfriend, why not right? I don't have to do the usual boyfriend duties like listening to her whine and complain everyday, pay for her expenditures, worry if she will leave another guy for me and spend my precious time with her and yet enjoy all the benefits a boyfriend gets (Yes there are guys like that, i heard before).Cool, right?

So I guess that there's really no need for a guy/girl to hold all these principles or these naive moralities that are associated with relationships in our "liberal" society today. As long as you feel good, who cares if you're holding his hands or having sex with her even though both of you have yet to start. Everyone else seems to be doing it and you're a fool not to because by the end of the day, you will not get a partner that is any better. Nor your quality of relationship will be any better. So why not just follow the trend? 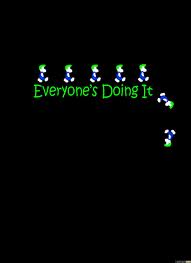 Am I too conservative for voicing these out? I guess so. Maybe I should just forget about wanting to be all honorable and worthy for my girlfriend, whoops, i mean friend with benefit next time, jump into the bandwagon and forget about all these "principles". Maybe I should.
Labels: Love Matters Rantings