Things Not To Do in Ipoh

I realized that every single time I come back to my hometown, I would come up with a post of the list of things that I want to do. The problem is that well, the posts almost all look similar every single time I write it. I could almost picture people going, "Not again!" if I'm gonna do the same thing again so instead of what I want to do, I'm gonna write about what I don't want to do in Ipoh this time!
Top 1 on the list would be gaming!
If I'm gonna lock myself up away from civilization playing some random fantasy games, I might as well do it back in hostel. It is so much beneficial if I choose to go out, hang out with friends and family, socialize a bit rather than keep myself isolated. There's so much to catch up with friends anyway. And who would want to miss out on the good air and awesome food? (Gaming with buddies at a cyber cafe/LAN shop is an entirely different matter)
Gaming aside, another thing I would not want to be doing is eating fast food!
Seriously? In the land of fat beansprouts, white coffee, hor fun and food that do not taste bland? Who would NOT want to enjoy all the local delicacies? Besides, the fast food here is waaaaay to expensive compared to a delicious Maggie goreng and a cup of iced coffee added together, not to mention that they're more unhealthy. If I want fast food, I would have ate in NUS itself, along with the 20% student discount.
And of course, I wouldn't want to sleep late now, would I? 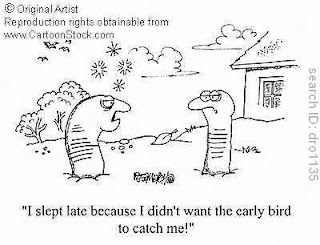 I've already been sleeping at ungodly hours back in SG and I certainly would not want to do the same while back in Ipoh. Need all the rest that I could get before heading back to the battlefield again. And who would want to sleep late with the air cond and comfy mattress? Not to mention having your mum to lecture you to sleep early.
And yeap, so there goes my Top 3 Not-To-Do list while I'm back here in Ipoh. There's still some that might have slipped my mind, but I thnk I'm gonna let it pass and take an early morning nap for now and get myself an awesome breakfast later. Toodles!
Labels: Life Updates Malaysia Rantings