Rotten Tomatoes gave it a paltry rating of 21% (at the time I'm writing this) but nevertheless, i watched this movie today with 3 of my friends, Kirsten, Sin Yee and Kok Weng, because we had no other movies to watched. Most of us have watched Tangled (Rapunzel) like two times already and other movies like Tron and Gulliver's Travels are definitely not worth re-watching. So you can say that I was quite expecting to doze off halfway in the cinema already, no thanks to the ratings given by Rotten Tomatoes. 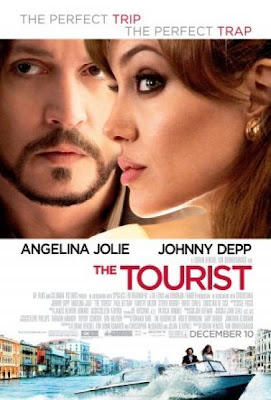 After watching the movie, however, I must say that I quite enjoyed the movie, much to my relief and much to contrary of what I have expected of it.

I mean sure, the movie does not have a deep plot and complicated storyline like Inception, but I think the director did not have a thriller and action movie in mind when he made this film. The essence of the story, I think, lies in how realistic it is. A tourist, normal guy like you and me, goes on a vacation and suddenly got framed for a crime he did not commit. Of course, you would normally expect the main character  to become a sort of accidental hero who can wield massive firearms and guns down dozen of bad guys in storyline like this, which explains why some were disappointed with this movie. Because you'll be getting none of this in this movie. But that is what makes it fun to watch, for me, at least because come on, how many of us if thrown into such situation, would be able to become total bad-ass ourselves?

Aside from that, Johnny Depp also managed to deliver a convincing role of a tourist who really knows nothing. He can't hold a gun, only knows how to run and is blur most of the time. Which really gives you the perfect feeling that he's the unlucky guy who happened to be at the wrong place at the wrong time. And being the classic Johnny Depp, not only he delivered his role convincingly, he also managed to add some humor amidst his busy schedule of outrunning the bad guys.

And the acting of Angelina Jolie is also quite commendable in this film. Watching her in this movie kinda reminded me of Salt. She's cool, cunning and seductive at the same time. Too bad she looks like she's quite old already in this film.

My only complain is that the chemistry between the characters of Angelina Jolie and Johnny Depp. Well, the chemistry is just isn't there. Even if it is, it's so mild that I must have missed it. And you thought Johnny Depp and Angelina Jolie can make a good couple. But it's a good try though, there are some funny scenes of them together but I guess Angelina Jolie can't quite forget Brad Pitt in this film. The scenes from Mr and Mrs Smith were much better compared to this.


All in all, it's a movie that is worth paying for in cinemas. Not many may enjoy the lack of action though -- if you want Johnny Depp or Angelina Jolie to be blazing guns throughout the movie, this is not the movie for you because -- but I like the simplicity and the realism of the movie. The movie has also an interesting twist here and there which is quite unexpected but yet still believable (if you managed to get it, that is) so you will not get bored halfway through the movie. It gives you a quite different feel compared to the normal movie genre like this -- cause like I said, no accidental heroes -- and thanks to Johnny Depp, you can also expect some humor here and there. In short, I give it a 7/10.
Labels: Movies Rantings