Seriously people, why has this earning money through Facebook thing is suddenly spreading like a plague all around the land of Farmville, Mafia Wars and Pet Society? Everywhere I see, I have all these fake accounts adding me trying to dupe me into parting with my precious money in the sake of earning more money just by logging into Facebook.
Seriously? RM 100 everytime I type my password into the Facebook login page? You've gotta be kidding me. 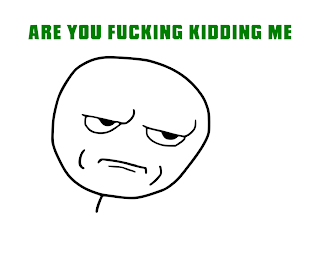 If earning money was as simple as typing your password, I'm pretty sure that there would be a lot of millionaires walking around right now (there's 500 million Facebook users anyway) and people would have quit their jobs and stopped studying in droves just to camp at home, hitting F5 repeatedly and see their money grow. And by tomorrow poverty would be a thing of the past too! How great would it be right?
If only making money was so easy. I've had my share of experience before with these type of scammers in Facebook. Often their modus operandi would be almost the same. They would first create a Facebook account, a fake one of course, in case someone decides to check their background and try to add as many people as possible in the shortest time possible. They usually achieve this by putting a pretty girl's picture as their profile picture (God knows where they stole that from) to attract guys like me who are suckers when it comes to a pretty girl adding us in Facebook.
And after you approve the add is when you can see the devil's horns. They will either send you a message asking you whether if you're interested in making money in Facebook or tag you in some photo album with photos of tons of RM 50 notes and the caption of how you can do the same if you join their so called ultimate money making scheme.
And people still buy it. As far as I'm concerned, any sensible minds would come to doubt whether it is really so easy to obtain so much money in the world. Besides, which idiot would share his/her secrets of making tons of money if he really found one? You certainly don't see Mark Zuckerberg walking around giving codes of Facebook away freely.
But i guess when humans are faced with things that are too good to be true, it's natural our mind tends to suffer from a temporary concussion that blocks all the facts out. Which is why some people are able to blame black magic when they're scammed. And if people continue to fall for these scams, you can expect to see a lot more of these "Make Money on Facebook" trash all over your home feed.
If you have been through this situation before, i hope you can share this article with your friends. This madness must be stopped or our Facebook would be turned into God knows what. And i definitely do not enjoy finding out that every pretty girl that adds me turns out to be a fake who only asks for me to join their so called Infinity Downline Facebook money making scam. No way.
P/s: On a side note, seeing all these scammers make me kinda proud of my nation Malaysia, i must say, because 10 out of the 10 Facebook scams that I've seen uses Malaysian ringgit (RM) to entice us. I certainly don't see Pound Sterling or USD being used in the pictures instead so i guess all of these scams came from Malaysia. Malaysia boleh indeed. In scamming people, that is