Star Wars: The Last Jedi is even worse than the prequels. There, I said it 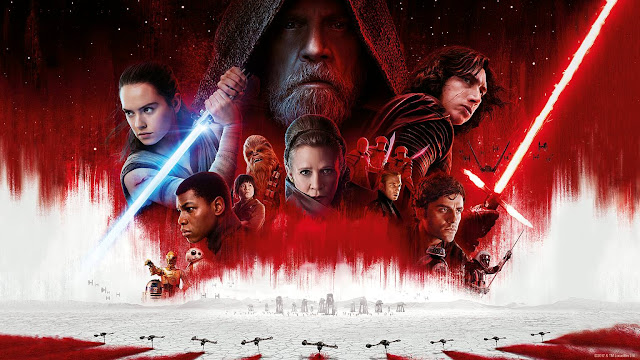 Okay, long rant on Star Wars: The Last Jedi (TLJ) incoming. Major spoilers incoming, so do give this status a skip if you have not watched the movie.

With that said, let's get into the movie.

I hated the fact that they made Luke kissed his sister! And that Darth Vader was Luke's father!

Okay, I kid, but major, spoilers. You have been warned.

I had really high hopes for the movie and the trailer looked good, so I thought The Last Jedi will build and expand on the story set forth by the Force Awakens (TFA), which I felt was really lousy story writing.

But there were interesting premises set forth in TFA, like Snoke's identity and Rey's parents, and I felt TLJ is the chance to at least make the new trilogies right. I didn't like TFA, but decided that TLJ deserved a chance. Maybe the writers had interesting concepts in TFA that are worth exploring. Maybe TLJ will be like Empire Strikes Back.

Except it didn't. It sucked. MAJORLY.

It's like the people in charge of the TLJ story asked themselves what is the best way they can utterly ruin the vast and rich story of the Star Wars universe and decided to do even worse. The whole TLJ story felt like the storywriters decided to take a huge dump on all the lore that the Star Wars universe has been patiently building over the decades.

The movie is okay if you watch it as a standalone movie. They have a lot of intense moments. The acting is enjoyable to watch and the visuals are breathtaking. But it isn't. The good things in the movie can't even begin to save the cons. I hated A LOT of things in the movie.

Here are the things I hate:

1. The might of the First Order (FO) and the lame-ass Resistance

A lot of questions are left unanswered about the FO. How did they get so powerful? How after the destruction of the two Death Stars, the decisive battle of Jakku with the Rebel Alliance's victory, can the remnants of the Empire still be so powerful? And you would have imagined that with the destruction of the Starkiller base, the FO would at least be weakened, but no.

In TLJ, the FO still has control over so many starships while the Resistance is reduced to one pitiful Cruiser. And at the end of the movie, only like less than 40 members of the Resistance remained. The current state of the Resistance is even worse than when the Rebels Phoenix series first started. It is not logical at all how a force that has been consistently scoring so many victories be left in such a sad state?

It feels like all the past victories against the Empire and FO counted towards nothing. TLJ essentially spat at everything that the good guys achieved. Or what we thought they achieved. The sheer strength of the FO doesn't make even the slightest sense in the established lore of Star Wars.

I know you would want to make your enemy as scary and intimidating as possible, but the FO is just absurd.

Maybe the writer of TLJ might as well be a stormtrooper in hiding.

2. All the unnecessary deaths, ala GOT style

Snoke, Luke, and almost the entire Resistance got killed off in this movie. Which I really don't understand the need to. I know the writers are really hung up on the "Let the past die" part, like the emo Kylo Ren they are, but they felt poorly handled.

Like Snoke, for example. You spend so much time building him up in TFA, cast him in such mystery, have everyone question his identity for two years, then give a big middle finger to the fans but having him killed off in such a pathetic way. No battles, nothing. Just a stupid cheap lightsaber trick.

Again, the writers of TLJ didn't even have an ounce of concern over what the story has achieved so far.

Luke's death also felt forced. If I would have done it, and if I would want Luke to die, I would have let him left up his X-Wing from the sea, travel to the planet and go out Obi Wan style when Kylo Ren struck him.

It would have been such a strong symbolism, having him lift the X-Wing after meeting Yoda, showing how much he has progressed since his day at Dagobah, and then letting him go out like his master. But nope, instead, he force projected himself and came up with a cheap hologram trick instead.

And don't even get me started on how they off-ed Admiral Ackbar and the whole leadership of the Resistance. Do these people have some sort of grudge against anything that has to do with the past of the films? Their deaths all felt forced, shoe-horned in. The most ironic thing is how they could have killed off Leia as well, but for some deus ex machina reason chose to only retain her out of all the old cast. Oops.

I have a lot more dislikes about the movie.

Like how Captain Phasma is again a token character. Nuff said.

How Finn and Rose travelling to the casino world can completely be omitted from the movie without making a difference. And how they are essentially the reason all the transport ships got destroyed. I mean, shouldn't have them been let in on the plan to use the cruiser as a decoy, so they don't accidentally cause the demise of the rest of the Resistance forces? Plus Poe, Finn and Rose should be tried as mutineers who put the whole plan to jeopardy.

How Rey's parents' identity felt like a giant troll move to the fans. You don't tease so much of her ability in TFA and then choose to say, "Uh-huh, we're just kidding. Rey's parents are no one!" It really felt like the decision to make her parents no one is a last minute move.

In short, they rushed the entire "let the past die" premise. It felt forced and unnecessary, like they just wanted to start anew without caring how logical the new story would turn out. Without caring how TLJ fit into the whole Star Wars universe.

This is my biggest gripe of the whole film: TLJ writers are not really fans of the Star Wars franchise. Maybe that's why there's such huge discrepancy between the critics and the fans' score on Rotten Tomatoes.

If I could say, TLJ felt worse than the prequels. At least the prequel's storyline made sense.