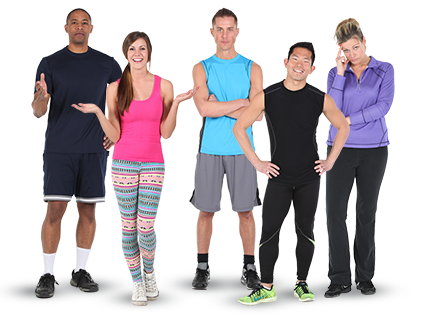 "I have come to the conclusion that people are stupid", commented the netizen on Facebook, on an article featuring a working class father and his reasons for voting conservatives, along with nasty comments mocking the father's family, religion and beliefs.

How can these people be so stupid, the netizen thought, as he hurled a heap of insults against people like the father. He's not really looking to change the father's opinion, because they can't be changed anyway, and he just needs to feel better of himself. The fastest way to do it was always through the internet.

The father, who was looking through the comments, felt even angrier and disillusioned against those who ridicule him. "I have come to the conclusion that people are stupid", he said of the liberals. No matter what he said or tried to explain, words like 'white privilege' kept being thrown at him, as if it was entirely his fault for whatever is happening around him.

And so he decided that if no one is going to listen, he's going to show them. He packed guns to a convention next day, gunning down the liberal front runner to the presidential race. In a nation packed with guns and short tempered people, it was not entirely surprising that the event soon led to major protests marked with more violence.

Refusing to budge or compromise, politicians bicker and stall solutions to the problem, and by the time a consensus was reached, the nation has erupted into a full-blown second civil war, no longer interested in what those in power had to say.

Across the ocean, a dictator watched in glee the events that were unfolding in what they used to call 'Earth's greatest nation'. He turned to his advisors and remarked, "I have come to the conclusion that people are stupid", before giving the go ahead to deploy their full army strength across the border. Finally, he could reclaim what is rightfully his.

"I have come to the conclusion that people are stupid", said another nation's leader, as he watched the war unfolding just right next to his country. They were supposed to be listening to him, but after the civil war across the ocean started, they stopped listening. There was no longer any enemy that they had to be afraid off.

But just two months into the war, more than five nations have already participated, and if not stopped, the violence and chaos is bound to overflow into his country. A situation that he desperately does not need. If he could take out the dictator in one broad stroke, perhaps normalcy will return to his part of the region. Besides, no one would miss a dictator anyway, and the world's moral police is too busy squabbling internally.

So the first modern era nuclear missile was launched, taking out the entire capital of the dictator's country. The dictator was killed, followed by a period of peace that was certain not to last, because in two separate countries far away, two anxious leaders made the same observation, "I have come to the conclusion that people are stupid", referring to the nuclear strike.

If that nation is willing to use nuclear to enforce rule, what's to say it would not be used against them? Preemptive strike was decided in the two separate nations, which unfortunately, by the time the warheads flew, the term 'mutually assured destruction' had come into play.

No nation was willing to allow another nation get away with their action, and thus every nuclear capable nation was unleashing all their might, in hopes that every nation will not be better off once the crisis has ended.

As the world burned before his eyes, God could only shake his head in disbelief, looking at how humanity essentially destroyed themselves. "I have come to the conclusion that people are stupid," he told one of the angels. God hit the reset button, and everything returned to a blank canvas.

"Maybe this time I should not give them any knowledge at all," God continued, before snapping his fingers, creating a whole new universe and Earth. "I'm going to name him Adam and her Eve, and this time hopefully it will be better than the last."

Far off below, Lucifer could only watch in glee. "I have come to the conclusion that people will always be stupid", he mocked, before heading to the garden.