[Short Story] Trying to get them all 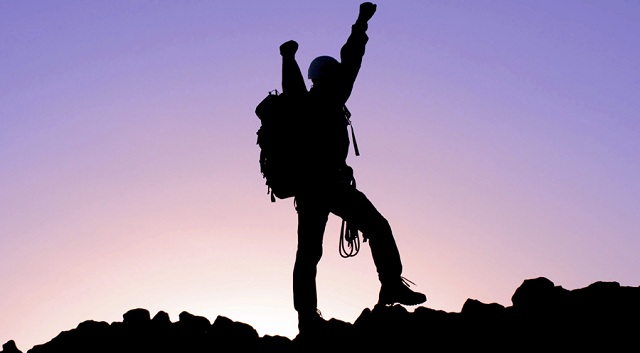 Humans always loved badges, or collecting achievements, as some would put it. It started quite innocently, about a few hundred years ago. Clubs and organisations like the boy scouts used them to motivate and to determine the rank of their members. Games later adopted the method to keep people hooked unto the games and before long, organizations and companies began to adopt them en masse.

Their reasoning was that it promotes productivity and morale among employees. Achievements like "100 Days Without Sick Leave", "100 Sales Closed" and "3 Years and Going" became obsessions. Not surprising, considering how one's salary and promotion are tied to the achievements you get.

It would be only natural that soon governments begin adopting the approach, so to create a docile population. Life eventually became a achievement-collecting race, where everyone is caught in a never-ending pursuit. After all, one's worth is determined by the number of achievements you owned.

John, however, was the exception. For decades he has been trying to warn the public of the dangers of 'achievement whoring'. Be it through public forums, the online web or just plain shouting in the streets, he's done them all. They used to call it activism. He learned that while pursuing his 'Historical Scholar' achievement, which also ironically opened his eyes to the hypocrisy of the achievement system.

But people don't do activism anymore. Not when it could eliminate you from the chance of earning the tiered "Peace Loving" achievement, with increasing money payouts the higher you go on the achievement.

John was on it alone, calling out on the conspiracy.

He was out at one of his usual spots in uptown New York, with his holographic placard, when a black cruiser stopped next to him. Four individuals stepped out from the vehicle. They were dressed in black, as how people from shadowy organisations always do. John had a feeling that his gig was finally up.

They motioned John over and waited. John debated if he should follow them. In the end, he realized that it's best if he do. He sat in the middle of the cruiser as the one of the individual blindfolded him. The journey was quiet, tense.

When they removed his blindfold, he was in an empty warehouse room, with only one other individual a few feet from him, hidden in darkness.

"We've been watching you, John. All these talk about the Achievement System being a tool to keep the population in check. That it allows the government to control the people like sheep. That's dangerous talk, John." His voice cold, raspy.

"But it's all true right? How you use the system to create an obedient, submissive population. Bending them to whatever the government wills, masked in the form of achievements." John strained to make out the identity of the person.

"You're smart, John. And curious too. Too much for your own good. But..." the man's voice stopped. A box was slid towards John's feet. "Open it."

John studied the box. African black wood, carved intricately. A metal buckle held the box in the middle. He carefully unclasped it, revealing a gold emblem inside.

'The Undeceived.' The achievement above them all.

"Welcome to the organization, John," the individual extended his hand out from the darkness.

John took the hand with a smirk on his face. "Finally."