In blind defense of Duterte 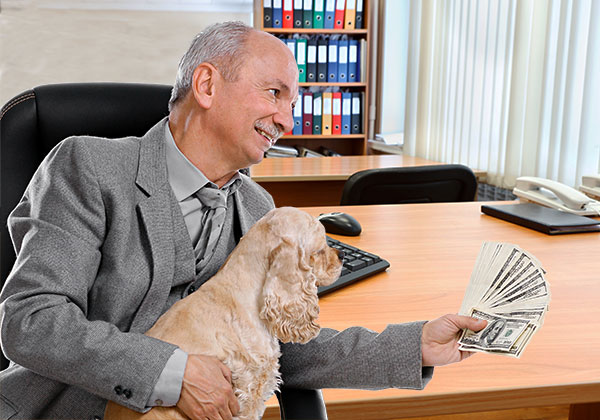 Suppose you have a friend. And this friend is immensely successful. He runs a global charity that has lifted thousands of people out of poverty in the most rural places on earth. Many look up and respect him for the work he does, especially those whom he lifted out of poverty. To them, he is like a godsend figure. He brought order and stability to their lives when there was none.

But also suppose that this friend of yours, in his noble quest to eliminate poverty, also has another calling. He runs a very successful stray dogs killing business in addition to his charity. To him, stray dogs are nothing but a nuisance to the people he's trying to help. They compete for the same food, the dogs sometimes attack the people and they carry diseases.

Killing the dogs is no different from cleaning the streets, he argues. And kill the dogs he does. Either through direct shooting or hacking to death, his men are efficient.Video after video was shared on how the dogs would be shot, strangled or slashed to death in this quest of his. Soon, streets were filled with bodies of stray dogs as a result of his campaign.

Naturally there are those who are not happy. They argue that dogs have rights too and do not deserve this systematic execution by your friend. It's not right and cruel, they claim. The method is inhumane.

His supporters, on the other hand, beg to differ. These dogs deserve death because they have been terrorizing residents after all. He's making life easier for these underprivileged people by cleaning up the streets. They argue that outsiders who have not lived through their lives before should not judge and that at least he's doing good in bringing stability to them.

What's some dog killing if he can do his other part of the job well? If you need something done, sacrifices need to be made. It just so happens that these dogs need to die.

But must that be the case? How about the rats who carry more disease? How about some pet dogs who are mistakenly killed? Does the end always justify the mean?

I'm no Filipino, and I admit that I would not understand how it is like to live in the Philippines with all these threats and chaos that many Filipinos claimed to have been brought under control by President Duterte.

I won't call his actions wrong — I suspect that he may have an unpleasant experience with drugs before that gave rise to this tough attitude against it — but it's this whole invulnerability that he is projecting that gives me pause. It's as if that as long as he is delivering results, he cannot be questioned, no matter how much the body count rises.

This is easily reflected in a lot of sentiments I see online, particularly from Filipinos. They are very defensive of Duterte, and they tend to get very offended whenever someone criticises Duterte. "You don't understand how is it like in the Philipines" and "At least he is delivering results" are the two most common retort that basically shuts down any other form of discourse. It's as if no one is allowed to question him, simply because he is delivering results.

To me, it's worrying.

I know results matter, but the way you do it matters too. Because today it may be drug users, but what if tomorrow it becomes anyone who practices religion? Or people who are Jews? Or those deemed "enemy of the state"? Or anyone who does not practices Islam? Or immigrants?

You may argue that they are different, but at the core, they are playing on the same emotions and mentality. A group of people are labelled as the enemy, the reason why society is rotting. And because they're causing the rot, they should be viewed in sub-human standards, not deserving of the rights that we enjoy. They are not humans, and deserved to be killed. Society will do better if we purge them away.

It's easy to subscribe to this thinking, as along as you're not the one being hunted. But what's stopping that from happening? What if one day you wake up and for whatever reason you are now the enemy of society? It's dangerous when you ascribe all the power and decision making to only one man. Because if history is of any indication, blindly following one man and his visions don't always end well.

But we never seem to learn. As long as it's the dogs and not us who are being killed out there, we're fine with it. We always do.