Malaysia, can we still talk? 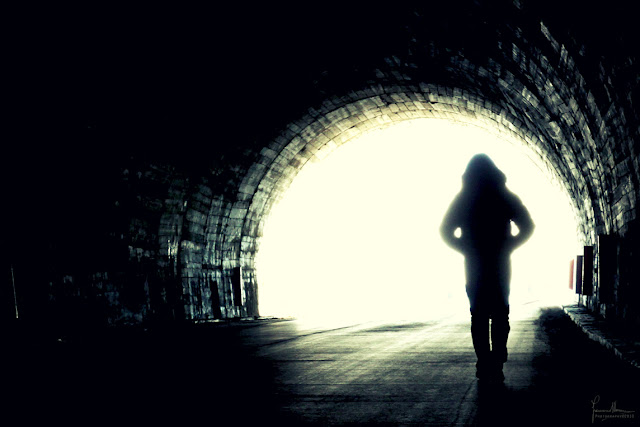 I read an article recently, written by a person who has just known you for two years. I felt weird reading the article. It didn't seem to reflect you properly. There was much optimism in the article, the writer saying how you still have the chance to be great again, how she is willing to give you another chance to change yourself, to be a better country. As if you want to be a better country.

Unlike her, I must admit that I'm much less romantic, less optimistic. I left as soon as I got the chance to, because greener pastures laid abroad and I have a brighter future elsewhere. In some eyes, I may have been a coward, perhaps a traitor, or someone who simply did not love the country enough. Instead of staying and fight, I chose to run away instead.

Yes, I took the easy way out.

In my first few years, I would have argued against those labels. Deep inside me, I still harboured the hope of returning. I wanted to come back and make a change for the better. I wanted to grow old with you. How could I not? After all, you were my first love.

Now, I'm not so sure anymore.

You see, Malaysia, I know that you are more than just a country. Beautiful as you may be, diverse as you are, even with all the good food added in, ultimately what defines you are the people in you. The Malaysia that I used to love is beautiful because of its people. Friendly, loving and accepting of one another, that was what made you great.

At the end of the day, you are the sum of your people. And lately the sum is beginning to go wrong. As much as I hate to admit it, you are no longer who you were.

Your people is growing increasingly intolerant of each other each day, the product of an effective educational system that segregates students since young, a divide-and-rule system that we conveniently used from the British, despite how much we say we hated it in the textbooks.

People are more concerned with going about their own daily lives than caring about the big picture, letting the politicians do whatever they want with the country. Even the biggest financial scandal in the country's history received nothing more than angry social media comments.

Those who are willing to speak out are getting lesser each day, with the unfortunate ones silenced after one another. People are getting more afraid to speak out and even if they do, there is often a breakdown in communication. Whereas the majority of the population speaks Malay and have difficulty understanding English, most articles that are critical of the government, usually the first engines to mobilise change, are in English.

Many things are falling apart, Malaysia, and I am not sure if there's even a chance to fix it. Or whether we should. To do so means going into the rural areas and start changing mindsets, but even then that will be a gargantuan task. Because the divide is simply too great and the faults too entrenched in the system.

Just look at the Sarawak election. It was basically a bunch of city dwellers trying to explain issues that do not resonate with the rural residents in an attempt to change their mindset.

What we're seeing today has been a result of years of neglect, where we mistakenly entrusted our politicians too much.

To be honest Malaysia, I do not know if you still have the ability to change, let alone the desire to. Because to me, it feels as if a significant amount of your people are too afraid to change, too comfortable with the status quo, while the ones who are not will choose to leave.

And I'm not sure if you even want to talk.


No right to judge,
A citizen who's probably going to be barred from entering the country