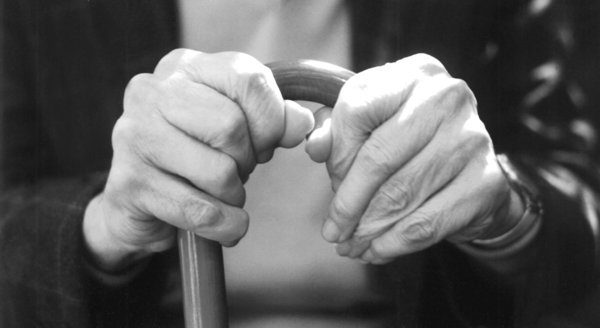 “Only I can choose when I will die! Not you! Martha, help me!”

Martha could only watch helplessly as the people from the government dragged her screaming mother away. Both of them knew where they will take her and what they will do to her. Aged 69, Martha's mother was four years above the allowed age limit to live. They are going to put her to sleep.

As the van drove away with her now sedated mother in it, Martha tried to console herself that it was for the best. After coming into effect 10 years ago, the National Silver Age Act has made living past the age 65 illegal, taking with it employment and healthcare benefits for the aged.

Martha had initially wanted her mother to live as long as she can because Martha loved her. But as the bill piles up for her mother's various health conditions — together with the government's constant propaganda that the Act is both beneficial to the country and the family — Martha began to have second thoughts.

When her mother began to forget about things and wandered outside of the house absent-mindedly, Martha knew that she could no longer afford to keep her mum. Wrestling with guilt and frustration, she finally picked up her phone and called for the enforcers, trying to convince herself that this was for the best.

It was not always like this. Almost a century ago, people died whenever and wherever they want to. Instead of pushing the elderly to death, governments tried to keep them for as long as they can. Geriatrics was still a popular field of study. Old people were still treated with respect and dignity. No one even dared to talk about mandatory death age.

However, as the average age of the population grew higher as the birth rates dropped, society slowly began to experience the strain of having to support a swelling population of elderly. People were not giving birth fast enough to support the economy and soon, health care and taxes began to take a hit. Costs were ballooning as the young struggled to support the ageing population.

Before long, news of old people dying alone or taking their lives began to increase. At first, the news were dismissed as isolated cases, often explained as not enough support system was present for the victims. But as the cases grew, murmurs began floating on what best way to address an ageing population, who because of advances in technology, are starting to live longer and further.

It all started in Japan, where the problem was most pronounced. As urbanisation grew and the age ratio became increasingly disproportionate, there were increasing a number of towns and villages where the youngest resident is a middle-aged person. Incidents of old people dying alone were becoming such a norm that there's a specific industry set up just to cater to these cases.

In one village in particular, a group of middle-aged retirees decided that enough was enough, and banded together to form a group called "Dignity". Their aim was simple: To simply have the ability to choose when and where they wanted to die.

Committing suicide was considered illegal in the country back then and anyone caught assisting in suicide is punishable by law. The group aimed to fight that, especially for senior citizens. They demanded that rather than forcing senior citizens to live a life that they didn't want to, senior citizens should be given a choice to decide when and where they should leave the world. They wanted death to be on their terms, not anybody's.

When the group first started their petition, not only did it cause an explosive debate in the already conservative country, it sparked worldwide discussion on the whole issue as well. A law was passed eventually in Japan, making it legal for the elderly who are living alone to report to government hospitals to participate in a state-assisted suicide. The programme became immensely popular, where senior citizens see themselves as a burden to their children and wish to help alleviate that burden faster by ending their lives a few years after retirement.

Many other countries eventually began adopting modified versions of the law too. In Singapore for example, the government made it an optional programme for the elderly to engage in state-assisted suicide, where those who do so were given the option to withdraw their CPF savings in full, two years before their stipulated suicide date. To encourage the programme, the government even promised an additional $500 per month for those who take up the programme.

The move, when announced, were met with huge criticism from human rights activists and organisations. However, like japan, the programme turned out to be unexpectedly popular too, where some senior citizens withdrew all their money, together with the $12,000 by the government and did whatever they wanted in their two years, such as travelling the world or giving a significant amount to help their children's family.

However, as the years passed, what started out to be a voluntary opt-in act began to take a more sinister form in certain countries. Certain firebrand politicians began to rise up, demanding that mandatory death age be made compulsory. Martha's country was the first to initiate this idea.

In a politics that ran across age line, they argued that the country would run better without devoting significant resources into keeping the elderly population healthy and alive. It would be more productive for the economy and administration, these politicians argued. The laws were hugely unpopular, especially in Martha's country, where children are now given rights and benefits to report their parents in. Martha, for example, received $10,000 in "helping the country run more efficiently."

The family institution collapsed overnight in Martha's country. Children began reporting their parents in to get the state-sponsored prize. Kinship and blood relations suddenly mattered no more. But to the eyes of the people running the show, it didn't matter much. After all, they suddenly have much more money to spend on other things, to focus on other fields that matter more in their eyes. Why spend so much energy on a population who ultimately contributes diminishingly as time passes?

To them, it was a necessary evil that needs to be done.

This is a fictional story inspired by this piece of news, where a couple made a pact to die together to avoid the complications of old age. This story is not meant to predict the future or cast anyone in bad light (countries like Singapore have an excellent Pioneer programme to support the aged), but to provoke thinking in this area as the average of our population grows older.
Labels: Short Stories