Daily Thought: Can we pay people in percentage of profits instead of a fixed salary? 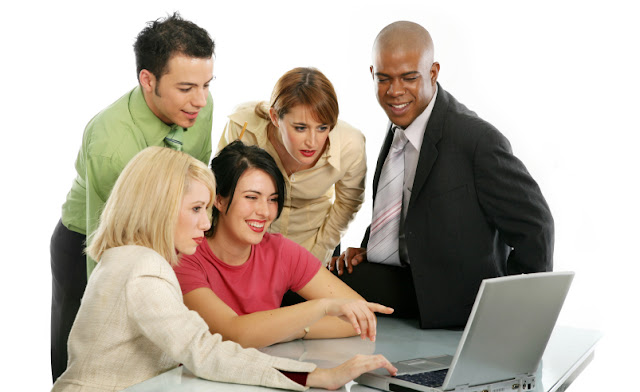 I've been in the workforce for a couple of years now and one thing that I find hard to understand is the system of how the majority of the employees are being paid.

Psychology calls this the fixed interval schedule of reinforcement, where you are reinforced (salary) after a fixed period of time (one month) to produce a behaviour that the employers want (work).

This fixed salary system is problematic because research has shown us consistently that out of the four different types of reinforcement schedules, the fixed interval system is the worst at motivating employees. The reason why is intuitive: if I am paid a fixed amount of salary every month, why should I bother too much about the amount of effort I put in at work? After all, I will still be paid.

Some companies have taken measures to try to address the weaknesses of a fixed interval salary system by introducing commission for sales, for example, to encourage employees to put in more effort in their work. Others may have a performance bonus system in place, to reward employees who are exceptionally hard working.

But these measures are not without their weaknesses too, a commission system only works when there are sales involved and performance bonuses may come too infrequently (once a year in most cases) to be effective.

An alternative system could be one where employees are paid a percentage of the overall profits that the company is earning. This would in a way transform employees to have a higher stake in the company, giving them a sense of ownership over their work. Employees would be motivated to do more for the company because it would directly affect the amount of their next pay. It would also require the company to be more transparent in their numbers, hence perhaps improving employees' trust and loyalty to the company too.

Of course, this system is without faults.The salary that employees are taking home would then not be fixed, taking away the feeling of security. We cannot negate external factors that would cause the company to go into a loss though in this sense employees will know much sooner that a company is in trouble rather than suddenly finding that they're being laid off.

It would also be considerably more difficult to determine the percentage of profit to be allocated to your employees once your organisation gets too big. How would the receptionist be allocated versus the sales personnel? Quora seems to have answered this question perfectly. Basically in a real life setting, there are just too many barriers to make this system truly workable.

Still, it doesn't eliminate the fact that when you see yourself as being directly responsible over your work, it would motivate you to strive to achieve more. A profit-percentage system may not work in a large setting, in could work in smaller settings like small to medium entreprises (SME), where an employee's action will have a bigger effect. It could also work in settings that require people to contribute, such as an online magazine with a pool of writers.

No system is perfect so when it comes to finding a suitable compensation system to encourage motivation among employees, you have to pick one that best fits your organisation's direction and profile. Perhaps a hybrid system would work best?