Daily thought: Can someone be a Christian without attending church? 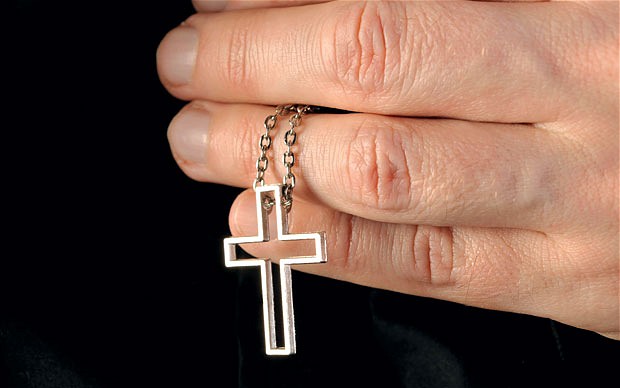 I was sitting in church the other day when this question popped up in my mind. What does it mean to be a Christian nowadays? How would you identify someone as a Christian?

The answer would be quite simple, I suppose. Ask any Christians this question and their answer would not be very different. A Christian would be someone who attends church regularly, has been baptised and believes in the Bible. It's a pretty straightforward answer but I can't help but feel troubled by the answer. It also made me ask a bigger question.

Can someone become a Christian without attending church? Does attending Church makes us more “Christian”?

Now before some of you scream blasphemy, hear me out. I am not saying that we should lock ourselves in isolation and just worship alone (that goes in contrary to what we are supposed to do), but rather attending church has become so intertwined with the Christian identity that it has become a requirement to be a Christian. That more often than not, someone who attends church regularly is viewed to be more pious than someone who don't.

So the most of us drag ourselves to church at least once a week, like an obligation that we need to fulfil. It's like ticking off an item from our checklist to placate our conscience.

“Oh, I have attended church this week so I guess I'm still doing okay as a Christian.”

Or “God will be unhappy with me if I don't attend church this week.”

For starters, I dislike the idea of attending a church. I fully embrace the need for Christians to come together as a community but I don't think the modern day church fully encapsulates this need. For me, personally, it has become too structuralised, rigid, that makes us no different that the other religions that we claim to be different from.

A simple example would be the order in which a service/mass usually proceed. Opening prayer, songs, maybe some more prayer, the sermon, holy communion, ending songs and benediction. It's as if there's a manual that we're all following. I'm not saying that it's wrong, but I'm merely asking if we're doing it just for the sake of following conventions?

I'm also uncomfortable with how the entire service feels too one-sided for me. Praying, preaching and worshiping usually starts from the pulpit towards the attendees. More often than not, we're just passive receivers on the chairs, taking in whatever that is given to us. I know that elders and pastors should be respected, but when messages only go one way, it reduces the interaction and the impact of the message.

How often have we legitimately listened to a normal Sunday sermon and applied the teachings diligently? A friend once amusingly observed that if we Christians have taken every sermon that we have heard into heart, not just chucking it away as soon as Monday starts, we might have achieved world peace by now.

I'm not saying that we should stop attending church, it's just that I cannot help but feel that church attendance has lost its meaning today. I understand that there's a need for structure when the faith gets big and we try to circumvent this by having smaller group meetings, but a part of me just feels uncomfortable when I'm doing things merely just for the sake of doing it.

So that I don't get judged by other Christians, so that I can console myself that I am still a “Christian”. It's sad, I know, maybe I'm the only confused Christian out here, but to me, church attendance is something that we should consider if it's still relevant, or if there is a better alternative out there. There's also the question of whether Christianity is becoming too much of a “religion” rather than a relationship, a world changing force.

Even if you relook at history, Jesus didn't organise his teachings according to such structure. He didn't say, "Okay before I begin my teachings we need to open with a prayer then sing some songs first." He went straight into it. He prayed when there's a need to pray, without seeing the need to go into a sermon after that. So why are we making such a big fuss over this?