The case of SoFloAntonio the social media irony

With 2.8 million likes on his Facebook page, video views averaging in the millions and post shares in the thousands, SoFloAntonio's page seemed like a social media wet dream came true. On Youtube itself, he has almost 550 000 subscribers. For comparison's sake, Ryan Higa, on the other hand, only has 2 million Facebook fans with post shares averaging at only a few hundred.


Going by the numbers alone, SoFloAntonio should be a famous name and more well-known than many people out there by now. The numbers themselves would suggest constant content that goes viral, but yet despite those numbers, he was someone that I have never even remotely heard before. This apparent discrepancy between the popularity of his content and his name recognition sparked my curiousity, and prompted me to dive a little bit deeper into how he gained his fame.

A little bit of background info first: I came across his page when a friend shared a video of his and it appeared on my timeline. The video was not very interesting in my opinion, but being the busybody that I am, I wanted to read the comments of what others were saying about the video. And that was where the whole stalking started (and quickly descended into a scary pit of how screwed up the internet can be).


It's that hard to dig up the gist of the story SoFloAntonio, actually, considering how his hater base is probably bigger than his fan base. Just a simple Google search suggestion would have given some idea on the person. In fact, I tried three variations of the search and it's safe to say he's not really liked that much, sadly.

The story goes that most of SoFloAntonio's fame did not come from his own productions or creations, but rather he allegedly steals content from other people and reuploads it as his own, after minor edits to the video like adding a caption or filming himself with a comment or two before posting the original video in full.


The practice of rehashing other people's video for your own benefit, sadly, is not a new phenomenon. Facebook pages have been known to steal Youtube videos for their own fame in this practice called "freebooting", which has been subjected to numerous criticisms but yet no concrete action has been taken to address the issue. Every day I see people sharing videos on my Facebook newsfeed which I know is not native to Facebook, without realising that they're actually hurting the video's original creators by actively sharing or liking the videos.

While SoFloAntonio's actions of reusing people's content as his own are detestable (I won't go into the type of prank videos that he produce — because that's another issue — but they're still horrible and deals with this another stupid genre of videos called "pranks"), people like him are merely opportunistic in a sense that they saw a loophole in the system and exploited it. The fact that he did not bother to credit the original owners only made it more heinous (at least William Ray Johnson does it, right?).

Antonio is not the first person to do this, and he definitely would not be the last.

Negative reactions to his videos have been swift and numerous, but far from shutting him down, they're helping to boost the fame even more. There's even a petition calling him to be shut down, but even with almost 50,000 signatures, he's still going strong. There's is also rumours of him earning tons of money from the kind of content he churns out (if you can call them content in the first place).


There are two factors that are working in his favour, after all, despite how much hate we try to pour on him:

One: People who are simply consuming and sharing his video (Facebook especially) without caring where the original video came from. How many of us really do, anyway? We see a funny video shared by friends, we laugh at it and then we click share again without even bothering who posted the video. And on Facebook, this works immensely well for those who rip videos from external sources and share them.

As consumers, I think we have a long way to go before we actually start to care about copyrights infringement and respecting ownership. It's just so easy to share something you see on social media without worrying about whether the post is original to and the onus is often on the content creators to actually file a complaint. Not to mention that complaint filing process could take forever to complete. Most of the time, it's simply easier to rehash/repost content than to take them down. 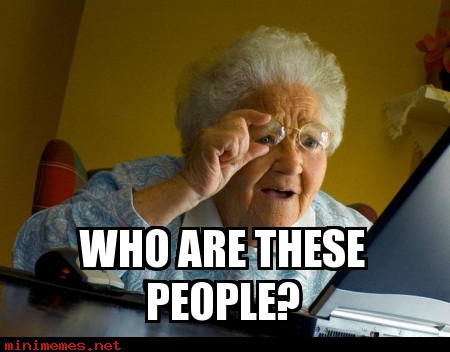 Two: People who knows the truth and wants to take SoFloAntonio down, but end doing just the opposite. Giving negative comments on his videos on Facebook or Youtube for example, may damage his ego (provided if he actually reads comments or cares), but they do nothing in curbing the popularity of his content because at the end of the day, Facebook/Youtube will still rate your negative comment as an engagement and in their eyes, all engagements are positive engagement.

The only effective way to damage people like SoFloAntonio is to strike it where they hurt, which is to chip away the influence that they're having. Merely posting angry comments won't help much. Aside from giving him negative publicity, go to his page, block it, unfollow it and report it. That way, Facebook and Youtube will actually care more because once his reach is down, the value he wields will go down too. From the corporate viewpoint, someone who has 0 fans is always much easier to close down.

And after you've block/unfollow/unsubscribe and post up a warning about this fellow, MOVE ON in life. Many of us don't realise that hate can easily consume and in the case of internet personalities, the more we hate on someone, the more the someone gets famous. Because we're constantly interacting with the person's page, and every engagement is good engagement.

Kill of the engagement and attention to people whom you don't like on the internet and if done in a sufficient number, they will eventually die a natural death. That is, if no one else clicks the share button.