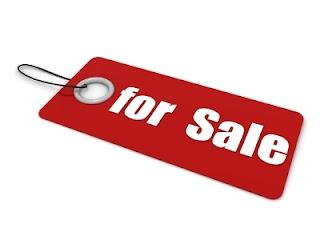 What do you mean, they don't sell?

Well, just take a look at them. You put them up for display, hoping to catch the eye of the people who pass by, which sometimes they do, but they just don't sell. Those who do take a look at your articles don't get excited by them. They take a look, maybe a glance or two at most, and then they chuck it aside.

You see, my boy, in today's world where everyone is trying to make their mark, virality is important. To make an impact in this world, you gotta say or do something that when people see/hear/interact with it, they would want to share it with their friends. You gotta have something that makes people identify with, something that prompts an action in them. But right now, your articles just seem to be missing just that.

Does that mean my points are not valid then? Or what I have to say doesn't matter?

Well, that's a tricky question to answer. At the end of the day, what matters most to you? Is doing what you love more important, or is the attention that you're getting from what you're doing matters more? Everyone of us has a point to make. The only issue is whether our point resonates with others.

But what's the point of writing then? If what I am doing does not get noticed? Isn't it no different that just shouting into an empty room and hearing my own echo?

Look, like I said, you need to be sure of the reason behind why you're doing this. Van Gogh had no recognition when he was alive. Nikola Tesla was in the same situation too. But they kept doing what they were doing, even if it meant more pain and suffering for them. Even if it meant until their death, no one noticed them. Why? Because they saw value in what they were doing. Because they believed in their work. Because it was their passion. And that passion made all the difference.

Are you saying that only after I'm gone will people start noticing me?

I am not saying that what you do will definitely have value when you die. No. God knows how many more out there who keep trying until their last breathe and never receive any recognition after that. My point is that you need to get your motivations right. You need to know why you are doing what you're doing. If attention is all that you seek, then go down the popular path. Do as how others would do. Is that what you're looking for?

No. I don't know. I am not sure. It's just that I want to have my own voice and yet at the same time I want all the perks that come with it. I think I am greedy like that.

Yes, to a certain extent you are. Perhaps it's good not to compare. And it's best if you focus first on your interest while everything else should be secondary. If it gains traction then it will gain traction. If not, well, it depends on how much you love what you're doing and whether your love for what you're doing is enough to be your primary motivator. That you don't need people to buy in to continue what you're doing. It's definitely not an easy path, but like I said, what are your priorities?

Hmm. I think I am beginning to understand what you're trying to say. I think along the way I may have been distracted by the numbers and attention, perhaps even too concerned over them. I started writing as an avenue to vent, and if it catches fire, then good. Those should be added benefits, not the primary motivator. Thank you for helping me see a little clearer. I know now what I should do.