To infinity and beyond, Version 3.0 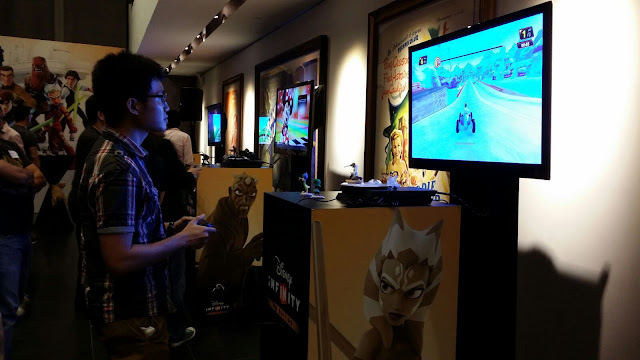 I was so close to winning a Wii-U today. So close until I could hear the soft whispers of the Wii-U calling tenderly to me, begging me to take it home. But Titanic just had to happen to me, where an iceberg popped up from nowhere and ruined all my plan. If only I can force choke that iceberg into pieces. Even playing as Obi-Wan did not help me.

But still the game was fun. It bears many similarities to Mario Kart, but it is more than just Mario Kart. It is a game where you can play all of your favourite characters in Disney, from the classic Mickey Mouse to Marvel's Iron Man to Luke Skywalker from Star Wars. I am talking about Disney's latest instalment to the Infinity game series, called the Infinity 3.0.

As someone who thinks he's a gamer, the concept of Disney Infinity is very new and exciting to me. This is a game that mixes toy figurines from your favourite shows with video games together, where you use the toy figurine to choose which character you want to play and which game you want to play. The game aims to bring best of the both worlds together, combining a physical toy set with a virtual game.

Not only that, you can have different characters from different universes playing together, such as having Mickey racing against Darth Vader, in the latest 3.0 release featuring all the characters from the canon Star Wars series. Spoiler alert: There are even characters from Star Wars: The Force Awakens coming real soon. 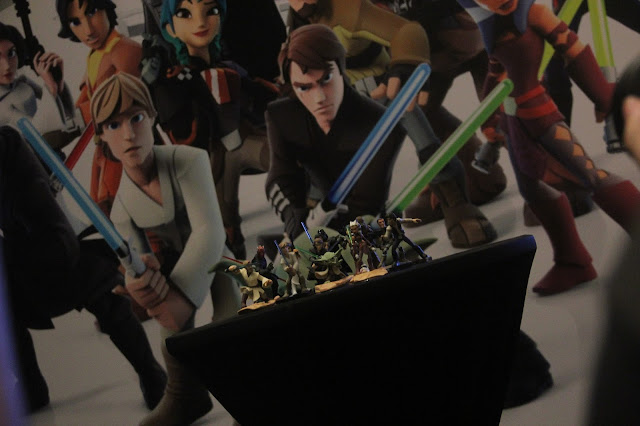 Of course, I must be honest and say that while all of the features of the game — from the open world playability to customisations to space fight — sounds good during the presentation, I have never played the game before so I am not able to comment on the gameplay is if you actually were to play it. I did see some people trying out the game and from my casual observation (the player was exploring Tatooine), the environment looks pretty nifty and detailed, and the combat system using lightsaber reminded me of the Lego game series. Did not try the button mashing too, so no comments. 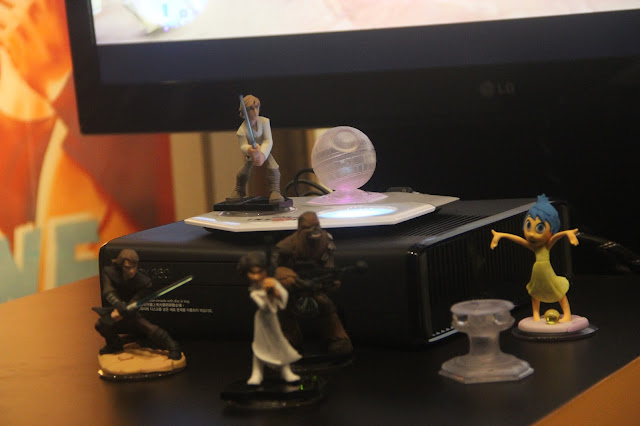 What I can say is the game seems to offer a lot of different variety of gameplays, from 2D platformers to third person open exploration, depending on the toy set you buy. Yes, which means that there are many microtransactions involved. Basically from how I see it, the Disney Infinity serves as a platform where you use your toy sets to unlock different games and characters. There are tons of different toy sets that differ according to movies (ie the Clone Wars series and the original trilogy) with additional characters and power ups you can buy on the side.

Still, it's one of the very few games where you can have characters from so many different universe (Pixar, Disney, Marvel and Lucas Films) mixed together and the toy sets you buy are part of a growing collection, as Disney is working hard to ensure forward compability for earlier toy sets that you bought. 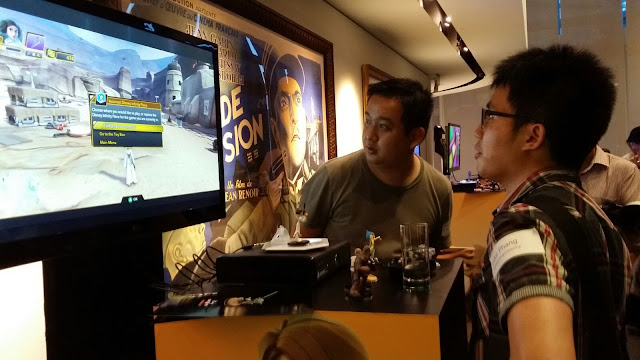 Game aside, it was my first time stepping into Disney's Southeast Asia's HQ for the first time (the place is called Sandcrawler Theater! Minus the Jawas and stolen robots, of course), which also happens to be Lucas Films HQ. Probably will be one of the few rare chances for me to visit big companies like this unless I get employed or get chosen to voice the Asian version of Luke Skywalker. 愿原力与你同在. Hurhur. 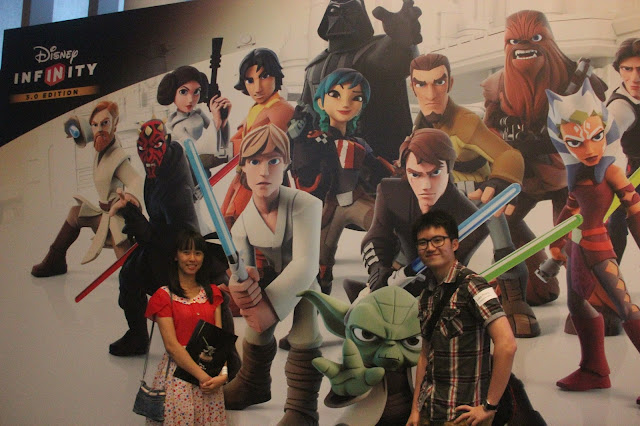 So what do you think of the gaming platform released by Disney? Have you played it before? What are your thoughts? Let me know in the comment section below.