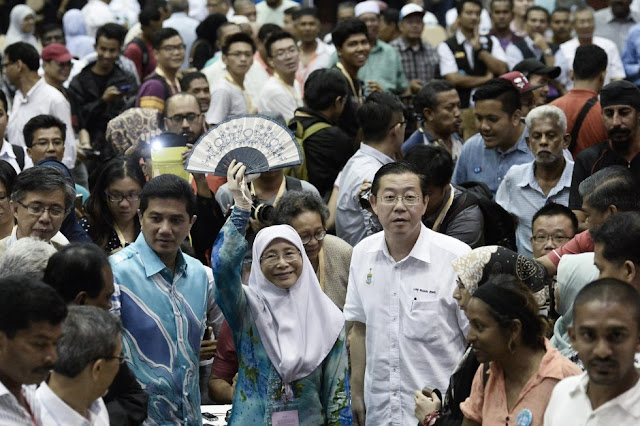 Malaysia pales in comparison to Singapore in a lot of aspects. Its economy is not as robust as Singapore's, the education system is a joke, corruption runs rampant without checks and chances in life are largely determined by your race. It's no wonder why talent is one of Malaysia's biggest “export” and the fact that Singapore is one of the top destination for Malaysia's brightest is a proof of this. Singapore is simply better than Malaysia in a lot of things.

However, as Singapore's election fast approaches, with it drummed up as potentially being the watershed election, there's one part of Singapore that perhaps is worse than its Malaysia counterpart. And that is the state of its opposition parties as a whole and not just the individual parties.

For starters, I feel that a lot of Singapore's opposition parties exist for the sole reason of opposing the incumbent. They are not happy with the current government and hence they want to bring it down. They don't think forward with the aim of taking over and forming an alternative government. This can be seen in the sheer number of opposition parties running this election — nine of them in total — which limits the chances of them working effectively together, with so many “Indian chiefs” wanting the run the show.

The fact that many of the different party leaders originally left their old parties to form new ones also calls into question their real motivation of running. It's like their individual need to be in the limelight outshines the collective need of having to take down the government. The lack of alternative workable policies by some parties as well calls into question of how well will they do on the national level should they be elected.

In stark contrast, opposition parties in Malaysia have a whole different aim altogether. Rather than just wanting to oppose the ruling party, the Malaysian opposition parties have the general motivation to take over the parliament. Rather than nine different parties, Malaysia has only three “real” opposition parties despite its larger size to focus their effort and to utilise resources effectively. After the 2008 general election, these three parties formed a coalition together with the eventual aim of taking over the government, and this move has since seen them wrest control of two states from the ruling coalition.

The opposition parties in Malaysia have also formed a shadow cabinet to study the workings of the real cabinet and have successfully proven their worth in the management of Penang. Of course, there are hiccups along the way, particularly with PAS, but the opposition has managed to stay united despite all the challenges and continues to pose a legitimate threat to the ruling government.

While the recent move of not having three-cornered fights is laudable, Singapore's opposition parties need to move beyond focusing on just municipal issues and merely be there for people to cast a protest vote against the government. Because when you are not united as a coalition, even if all of the opposition parties win you will still be unable to form an alternative government. Unless the opposition starts thinking big (big issues) with the aim of taking over the government, there's a high probability that the status quo will remain.

Perhaps this election will be the game changer for opposition landscape in Singapore.